NEW YORK, N.Y.—SCORE International and Aura360 have jointly announced the release of the official DVD of the 2010 Tecate SCORE Baja 1000 desert race.  The special collection DVD, celebrating last November’s legendary granddaddy of all desert races, will go on sale beginning Thursday via the internet.  With almost 60 minutes of content (including race footage unseen in the NBC TV broadcast of the race) plus five additional bonus chapters, the colorful DVD will provide a comprehensive and memorable look at the 2010 race.

In a year when the course spanned the entire Baja peninsula for the 20th time in race history and dreams were made and broken across all 1061.69 miles, few teams would emerge unscathed as the 43rd annual Tecate SCORE Baja 1000 once again proved itself as one of the most grueling challenges in all of motorsports.

The coverage features the father and son team of Vildosola Racing as they attempt to rewrite history by becoming the first Mexican team to capture first ever overall and the SCORE Trophy-Truck victory. “Our official DVD of the 2010 Tecate SCORE Baja 1000 is a superbly done keepsake that chronicles the challenges the adventure that is truly the greatest desert race in the world,” said Sal Fish, SCORE CEO/President. “Once again Aura360 has produced a memorable piece of history that every racer, crew and fan of the sport will enjoy time and time again reliving the excitement, drama, adventure and ultimate challenge and test of man and machine that are part of this legendary race.”

Last year’s epic battle, with 292 starters leaving the Ensenada starting line, competitors from 37 states and 19 countries battled the rugged terrain in cars, trucks, motorcycles and ATVs in 33 Pro and 7 Sportsman classes. Vehicles left the start line in 30-second intervals and all vehicles had 45 hours to become official finishers of the race.

The finishing percentage this year was an amazing 64.7 percent considering the extremely dusty, bone-crushingly rocky and sometimes foggy conditions and the unique ruggedness of the course. The official DVD of the 2010 Tecate SCORE Baja 1000 is available at www.thebajaunlimited.com, where viewers can follow BajaUnlimited on Facebook to receive special news and promotions.

About SCORE International
SCORE International, founded in 1973 by the late Mickey Thompson and headed by Sal Fish since 1974, continues today as the premier sanctioning body worldwide in the sport of desert racing. The annual five-race SCORE Desert Series features 17 Pro and two Sportsman classes for cars and trucks competing in the U.S. with 10 additional Pro and four more Sportsman classes for motorcycles and ATVs competing in the races in Mexico. For more information, contact SCORE at its Los Angeles headquarters 818.225.8402 or visit the official website of the 2009 SCORE Desert Series at www.score-international.com. To learn more, visit www.score-international.com. 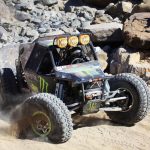