At over 550 miles in length, Best In The Desert’s TSCO “Vegas to Reno” race is certifiably “The Longest Off-Road Race in the United States.” It marks the midway point for the five-race 2011 Best In The Desert season featuring the car and truck classes and is one of the most popular events on the schedule. The challenge and adventure of competing in such a long distance “point to point” race always brings out the top off-road race teams. Not only is this going to be a big event but it’s also the 14th running of TSCO “Vegas to Reno.” This race is open to all Best In The Desert classes – cars, trucks, UTVs, quads and motorcycles and over 300 entries are expected from all across the U.S., Canada, Mexico, Europe, and even South Africa. The entry list reads like a “who’s who” of the world’s foremost off-road racers.

Casey Folks, director of Best In The Desert, has worked closely with the BLM to obtain the required permits and set up a course that avoids endangered species, and does not harm the environment. The race starts near the town of Beatty, Nevada, with all classes starting off the line on Friday, August 19th. Originally part of the Bullfrog Mining District, today Beatty serves as an important gateway to Death Valley National Park, and is only 115 miles northwest from Las Vegas. The course traverses a part of the legendary Pony Express Trail made famous 148 years ago, and finishes up in Dayton, just east of Reno, Nevada. The TSCO “Vegas to Reno” race takes racers from the high desert floor at 2,500 feet elevation to mountainous heights of over 9,000 feet, forcing competitors to constantly adjust to the changing atmospheric pressures, and endure extreme hot and cold temperature variations. This course features some of the toughest, and most varied terrain in the world. Racers must fight their way through narrow canyons, boulder lined paths, bottomless silt-beds, and across expansive dry lakebeds where speeds well over 100 MPH are reached.

The weekend gets started Wednesday, August 17th, for Trick Truck and Class 1500 open class buggy racers as they qualify in the Time Trails to determine their starting positions and compete for the $1000 “Team Ford Pole Award”. Not relying simply on “the luck of the draw” for the starting order, Best In The Desert allows the two fastest classes to compete head-to-head for their chance to be first off the line and the best opportunity for the overall finishing spot.

The TSCO “Vegas to Reno” race also offers racing fans the chance to check out the action starting out with contingency on Thursday, August 18th, where they can roam through the huge manufacturer’s midway to see the race vehicles up close and rub elbows with the racers. Then on race day, spectators will be able to check out the race progress from any of the 15 pits located along the course. Most of the pits are right off US-95 with easy access. And with safety in mind, racers must obey a 25 MPH speed limit through all pits.

Friday, August 19th – Race for all classes starts near Beatty, finishes at the Dayton Event Center. 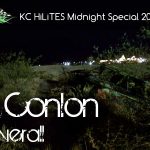 Best In The Desert 2020 Series Update