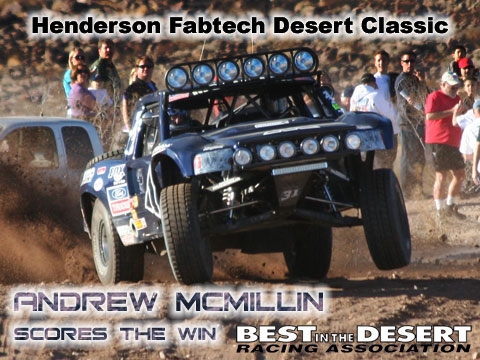 The Henderson Fabtech Desert Classic race marks the end of a great season of racing for the Best in the Desert Racing Association. At the close of last years season there was a press release stating the Eldorado Valley was to be closed to Desert Racing. Well be it his charm or his business savvy Casey Folks managed to put this race on one more time, with a bit of a twist.

This year racers would only have one pit area that surrounded a large Grand Prix style finish. Most of this land seemed to be private property, it also made it great for spectators to get closer to the action than every before. Some fans got a little too close and didnt know that you dont stand close to the outside of a turn. Well how could they? Like I said this race gave fans the best opportunity to see the action like we do in the Media.

This race was broken up into 3 races mostly due to the limited lap mileage of 48 miles. With such a short course lap there is a risk of the slower cars and trucks getting mauled by an 800 hp Trick Truck.

The first race was the Motorcycles, Quads and UTVs. They started at an early 6am battling the cold and darkness of the morning. The worst part of an early start this late in the year is it makes it impossible for us to shoot pics or video of these dedicated racers. Its simply too dark.

Here are the top finishers from the second race.

We mentioned earlier that a JeepSpeed racer lost the drag race at the start, well check out the Off-Road Racing Carnage to see all the action of this Jeep Speed Roll-over.

As usually Casey Folks did an excellent job for the season closing race. We cant wait to see what he comes up with next year. 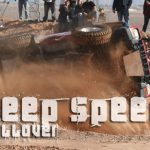 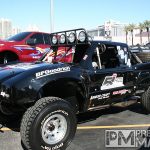