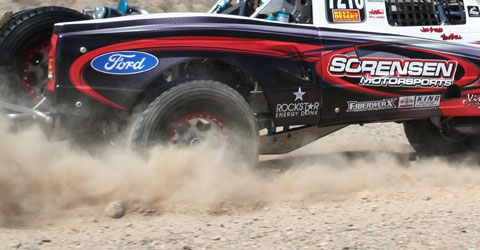 Titled the Longest Offroad Race in America the Best in the Deserts Vegas to Reno Race is not only the longest, but also one of the toughest. There were 149 car/truck entries, and 11 UTV entries, only 74 racers finished in the car and truck classes, and 1 UTV entry. That means well over half of the car and truck entries never made it to Reno.

The start in Johnnie was a little later than I would have expected for such a warm day. This just goes to show why the racers in BITD truly are The Best in the Desert with the first Pro vehicle leaving at 10:30am. 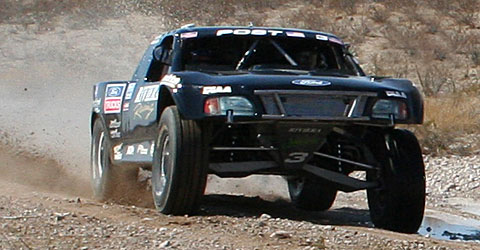 Starting the race was the #3 Trophy Truck of Mark Post and Rob MacCachren. Even with their success in previous races they too fell prey to the grueling Nevada desert with a DNF. With so many entries in this years race from the time the first truck left to the time the last UTV left the start was over an hour and a half.

The overall winner of this years Vegas to Reno race was TSCO sponsored Jimco buggy of Mark Weyhrich, Gary Weyhrich, Ryan Williams and Mike Baranowski with a toal time of 9:30:32. 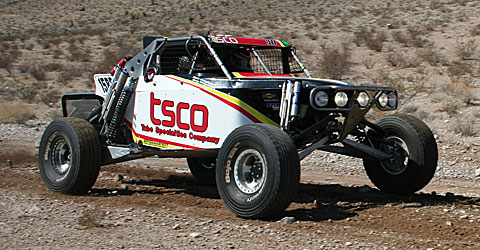 Coming in second found the team of BJ Baldwin, Bobby Baldwin, Eric Dickerson and Kevin Shea in the BF Goodrich sponsored #97 Trophy Truck with a finish time of 9:31:26 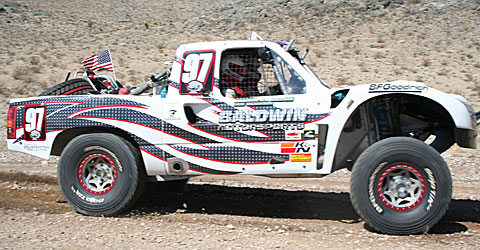 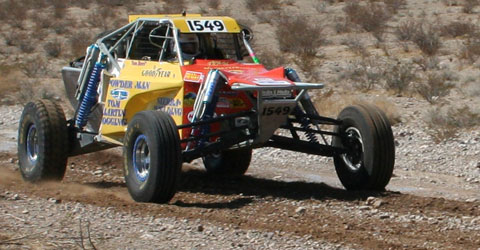 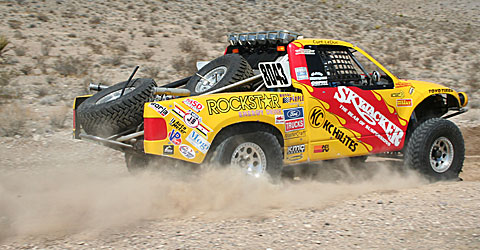 Honorable goes out to the Jagged X team who were the only UTV to finish the race in 21:13:49. This win sky rocketed the team into the first place in points in the Best in the Desert series. 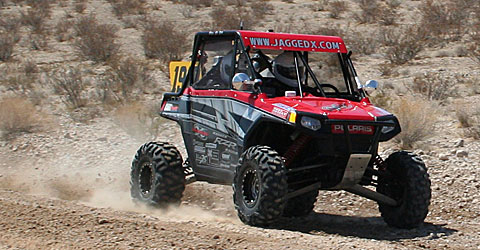 Covering this race was fun. Casey Folks really knows how to put on a great race. The course tested not only the skill of the drivers but also the brute strength of the vehicles that competed in the race.

This years Vegas to Reno race only had one casualty. 19 year old Brandon Smith from Hesperia California died during a single-vehicle motorcycle accident at mile marker 350, just ouside of Pit 10 Redlich. 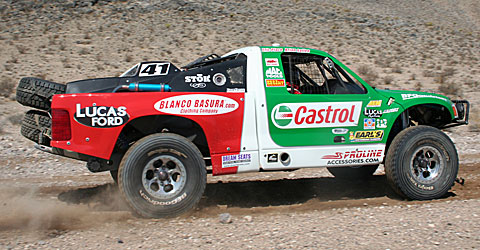 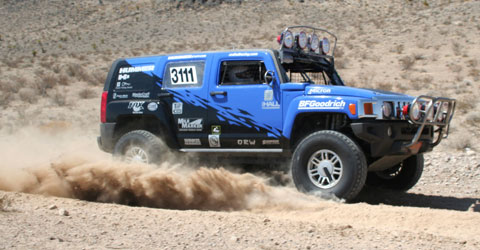 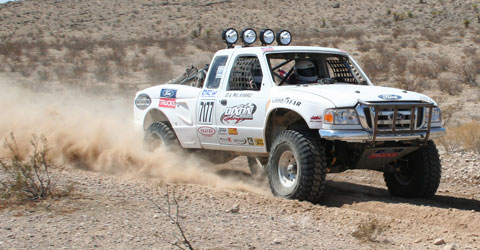 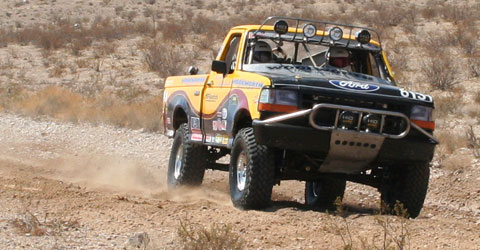 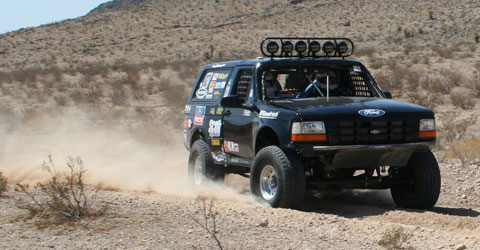