Lompoc, CA – October 2, 2007: With only two races remaining in Best in the Desert Racing Associations Silver State Series, Dixon Bros. Racing prepares to leave for the upcoming BitD Las Vegas 300, Oct. 4-6, with a lead of 79 points in the race for the Class 7100 year-end points championship. This is not an insurmountable lead for their competitors, by any means, but finishing the next two races will clinch the 2007 Class 7100 Silver State Series Crown for the Dixon Bros. Ford Ranger, in its first year of competition. Of course, theres nothing simple about finishing any off-road race where, often, less than 1/2 of the starters are able to reach the finish line but the fact that the Dixon Bros. have finished every race since the 1999 season would seem to make them the odds on favorite.

The Las Vegas 300 will start in Jean, Nevada about 11:45 AM on Saturday, October 6th, but the #7177 Dixon Bros. Ford Ranger probably wont get off the line until about 12:30. The course consists of 3 loops around an 82.2 mile lap for a total distance of 246.6 miles, which begs the question: Why wasnt it called the Las Vegas 250. Not that it matters because 246.6 miles is going to be tough enough on this particular stretch of desert which is well known for its deep silt beds disguising immovable boulders. Flat tires, clogged radiators and broken suspension parts will be common occurrences at the Las Vegas 300 and with only 10 1/2 hours to finish the race, there is not much extra time to react to serious trouble along the way.

In spite of the fact that the Dixon Bros. had more than their fair share of problems at the Vegas to Reno, spending almost 20 hours on the 570 mile course, they managed to overcome almost five hours of downtime to record a third place finish, vaulting them into a substantial lead in the run for the class points championship. Once they got the truck back to their Lompoc, California shop Aaron repaired the collateral damage from the steering knuckle he had to replace late in the race at the Vegas to Reno . Having fully prepped the front suspension, he then focused his attention on the two problem areas that have been dogging him most of the year: Fuel delivery and the electrical system. Calling on some outside assistance from the mechanics at the local Ford Dealer, he was able to identify and replace several electrical sensors which had been responsible for the intermittent problems with the fuel injection system from day one. The wiring on the Ranger is relatively straight forward however, when the wires are connected to defective or improper sensors, either the computer receives the wrong signal or no signal at all causing, in this case, the wrong information to be sent to the fuel injection system so engine performance could not be optimized.

Again, at the last race, we had the ongoing issue with the fuel lines coming off of the fuel pump, which is internally mounted within the fuel cell. The old fuel pump was replaced with a different product of higher quality featuring brass hose barbs rather than plastic ones. Aaron believes that this will put an end to the fuel pump problem. We knew that it would take a few races to get all the gremlins identified and sorted out on this new race truck, particularly when there were only three weeks from concept to creation. Aaron is looking forward to getting behind the wheel of Dixon Bros. Racings #7177 Ford Ranger at the Las Vegas 300 and meeting the challenge of, what Best in the Desert has titled, the Showdown In The Desert!

To learn more about Dixon Bros. Racing visit our website at www.dixonbrosracing.com. For more information about Ford vehicles, go to www.ford.com. 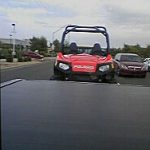 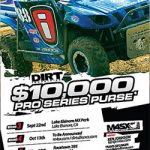 Best In The Desert Terribles 250 at Primm