Robby Woolworth of Woolworth Motorsports had the old exhaust out and the new Flowmaster installed in minutes it seemed.

Now we were not expecting much from this muffler install, I mean this is only a V6, but if we didnt notice much of a power increase at least it sounded more like a V8.

Now you will remember from previous tech articles that we have already installed a K&N air filter and a Super Chips FlashPaq to correct the speedo. I am not an engineer so I dont know the details but it seems the FlashPaq is really able to shine with the exhaust uncorkedIll explain.

When traveling home to Pahrump from Las Vegas there is a huge mountain pass to go over that goes from an elevation of about 2000 ft. to 5700 ft. in a few miles. After the install we had the bed of the Ranger packed full of about 500 pounds. We had a couple large rolling tool boxes, a suitcase, the 33 spare tire, and some other stuff. Normally with the truck this full and there is always the wind blowing against you going this direction, to hold 65mph up the pass it would stay out of overdrive and buzz at 3000 rpm with my foot to the floor. Also we would observe a measly 14mpg on the highway that was mostly caused by the fiberglass fenders catching so much air.

OK so we are headed up the mountain now, the overdrive still engaged, and I had to let off the gas pedal to keep it from going faster than 65. I was certainly impressed. Dont ask me the actual power gains as I dont have access to a dyno, but let me tell you it is noticeable.

Later that week we were filling up at the gas station, and with the mileage on the trip odometer we calculated our mpg and would you believe we were now getting just over 17mpg. More power and it uses less gas, this sounds almost against the laws of physics, but I can assure you this was not a fluke. We now average between 16 to 17 mpg on the highway, no matter what the wind is doing. So far the only time it has been lower was towing our Polaris RZR over the same mountain pass.

So now I am a believer. The addition of the Flowmaster muffler made a huge difference, and I would recommend every one do this, especially with the price of gas being so high. 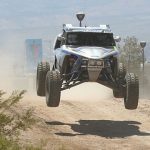 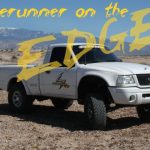 IFS Versus I Beams