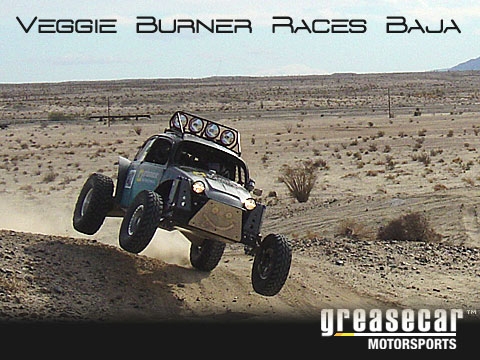 When you think of Baja, the last thing to come to mind is being, Green. Well that is not the case for one competitor of the 2008 Baja 1000. You might have heard that you can run your diesel off of straight vegetable oil. I am not talking about bio-diesel, I mean veggie oil like you fry French fries in.

In fact the very first diesel ever created by Rudolf Diesel was made to run off  of peanut oil. OK you might ask how does this have anything to do with Baja? Glad you asked

While we were attending the 2008 SEMA show, we came across a small booth with 2 guys and essentially a small bill board. I recognized the Grease Car logo and stopped by to get the details on their kit. We had been thinking of using a kit like this when we found out there was a VW diesel swap for Samurais, not a prerunner, but a Samurai can get to places our Ranger might not be able to while covering desert races.

We introduced ourselves and told them a little bit about our magazine, explaining that we cover off-road racing. A gleam appeared in their eyes and they blurted out, Hey we have a Grease Car kit that will be competing in the Baja 1000. My ears perked up and I started to get more excited about their veggie oil kit.

They went on to tell us how they plan on using a VW diesel from a late-model car in a Class 5/1600 car, and we could follow the race team on http://www.greasecarmotorsports.com 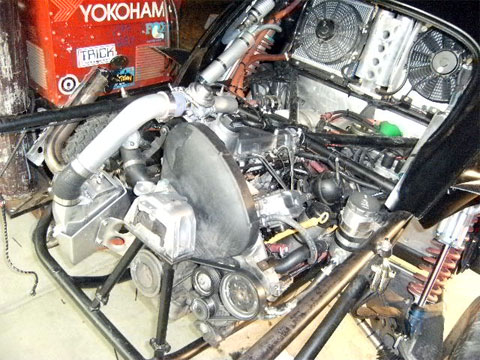 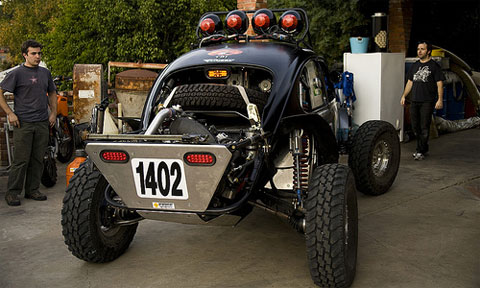 Now that the Baja 1000 is over I bet you are wondering how this veggie oil powered Bug didwell at mile 130 it seems there was an electrical glitch that took them out of the race.

They have since cured the problem and logged hundreds of miles in testing, so it looks like this experiment is not over.

Who are the people behind this crazy science experiment?
Tony Steingraber lives in El Cajon, CA and is a veritable celebrity in the world of off-road racing. A racer since 1988, his off-road acumen has garnered appreciation and recognition from peers, competitors and race-organizers. Among his most notable accomplishments is winning the 2004 championship in class 5/1600 with Gnarly Racing. Tonys West Coast crew includes John Castillo, Midori Connolly, Shaun Dunbar and Trevor Terra. Together they have fought for and won several championships in what is now the Mojave Desert Racing series at Superstition (formerly FUD).

We plan on following up with GreaseCar Motorsports once the new season starts up, and we will see if you really can run Baja on veggie oil. 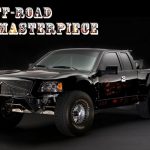