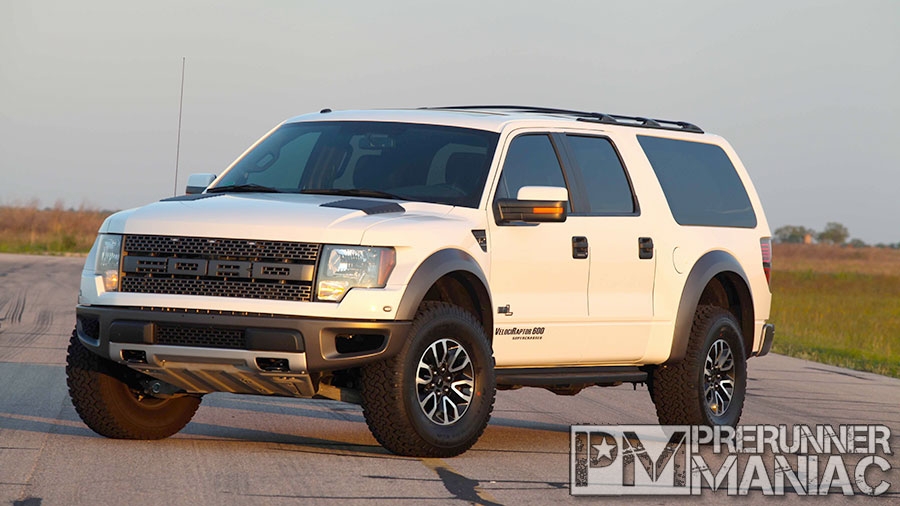 Ever since Ford released the F-150 Raptor, it’s introduced a lot of new people to prerunners. The Ford F-150 Raptor is available in a 4-door model, but for those looking for more interior space, Hennessey now offers the VelociRaptor SUV.

For a lot of people this specialty vehicle is out of reach simply because of the price tag to produce it (only $149,500…hahaha), but for those executives with more money than they can spend, it is the perfect off road vehicle.

The way Hennessey was able to transform the Raptor into an SUV was to use the back half of the now discontinued Ford Excursion, so you have the option to have 3rd row seating. Also standard on the VelociRaptor are Brembo brakes, larger wheels and tires, and upgraded LED lighting.

The transformation from Raptor to VelociRaptor adds 600 lbs to an already heavy truck, so Hennessey can add a supercharger for an additional cost that will lower 0-60 times from a slow 7.5 seconds to 5.9 seconds.

The VelociRaptor is an interesting concept, but for the hardcore enthusiasts like most our readers it just won’t cut it. SUV prerunners just don’t perform as well as a prerunner built from a truck, and for $150k we could build a serious desert truck and have money left over. 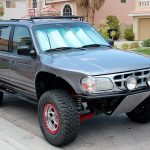 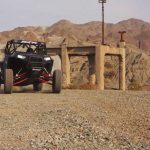