If you can believe it Deaver Springs has been building springs since before cars were even around. To say Deaver knows leaf springs is almost an understatement. Their springs are built so well they will probably out last your prerunner.

Previously we replaced the factory lift block with a 3in block to gain a bit more clearance. This worked for clearance, but also caused a ton of unwanted axle-wrap. When we called Deaver Springs we told them we wanted to get rid of the 3in block and add another half an inch to the lift. This would level out our prerunner and give us the clearance we needed. We also mentioned that we pull a small 5x10 trailer with our prerunner for our Project Desert RZR Polaris RZR. Taking in all these factors Deaver set to build us a very custom set of leaf springs. 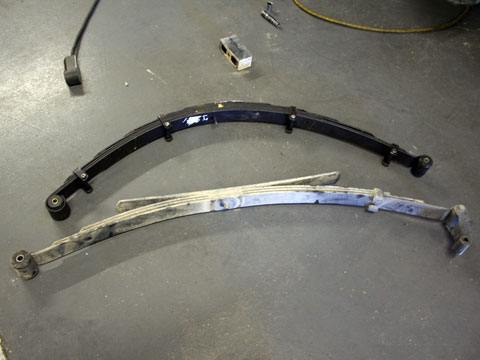 It took about 3 weeks to get them which is not bad consider the custom requirements we had. When you order yours be sure to inform them of the axle you are running under your prerunner so Deaver can give you the correct u-bolts and bushings for the springs. The bushings are key because you cant go down to your regular 4 wheeler store and buy any old bushingyou need the Deaver bushings.

We set up a time at Woolworth Motorsports for the install. Along with installing the springs, Robby Woolworth also had to flip the shackles to make them work. 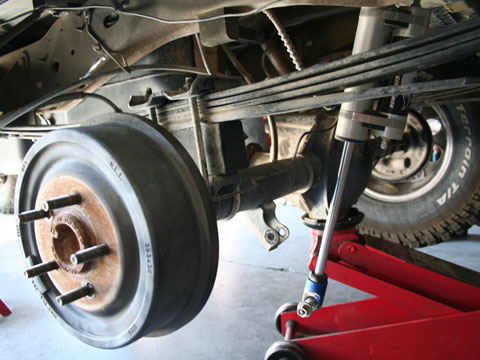 Robby started by disconnecting the lower shock mounts after getting the truck safely on jack stands. Youll notice how flat the factory springs look sitting on the truckabsolutely no droop to them. 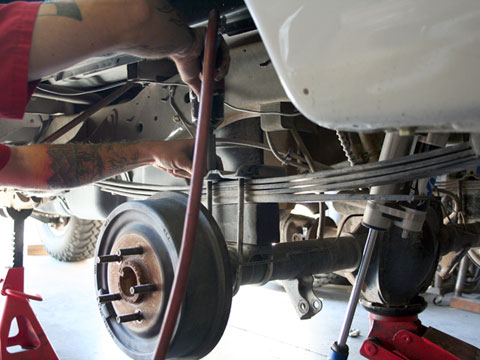 Next you have to remove the spring plate the holds the factory springs by removing the 4 bolts on top. 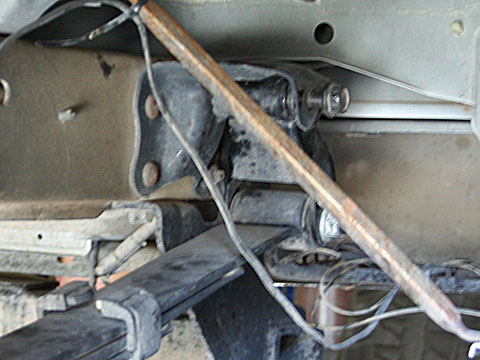 After removing the front spring eye bolt and the rear, Robby attacked the shackle brackets on the frame of the truck with an air chisel. 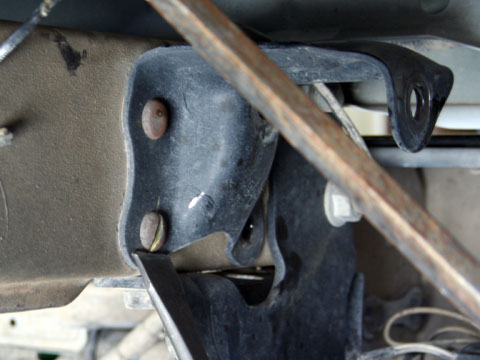 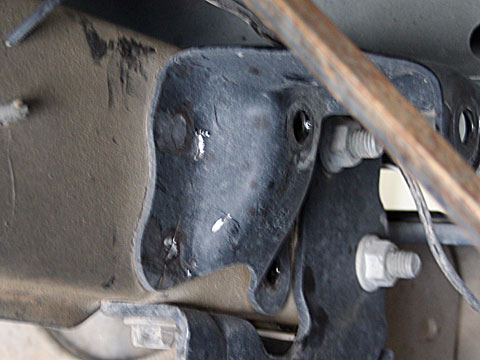 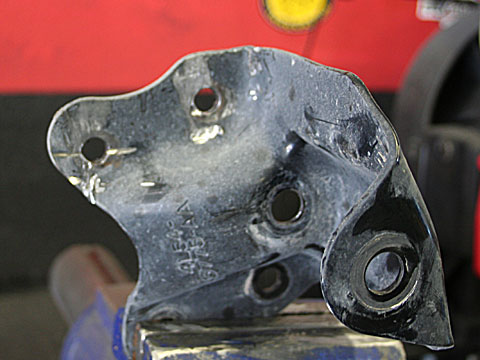 The shackle bracket was removed so it can be placed in a vise to open up the holes so 1/2in Grade 8 bolts can be used. (Note the factory installed trailer hitch and bumper had to be lowered to access the bolts holding the brackets on to the frame.) 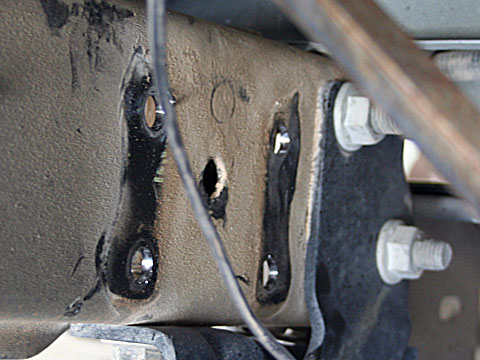 After drilling out the holes to 1/2in the same has to be done to the holes in the frame of the truck. Use lots of WD-40 as the frame metal is thick. 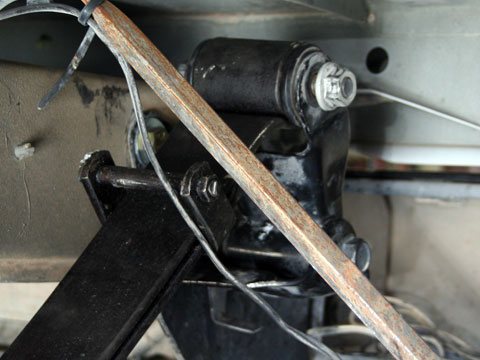 The shackles were then reinstalled upside down from the way they came from the factory. This is done to allow the springs to droop out more giving you more travel. 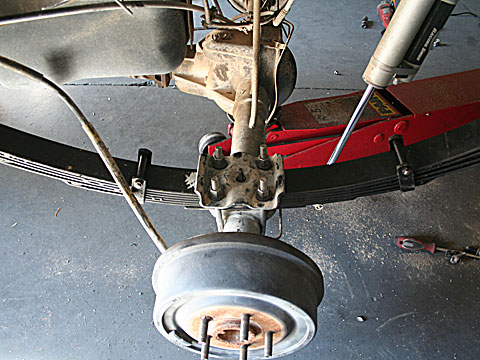 Next the u-bolts were installed and the shock was reattached and one side was done. 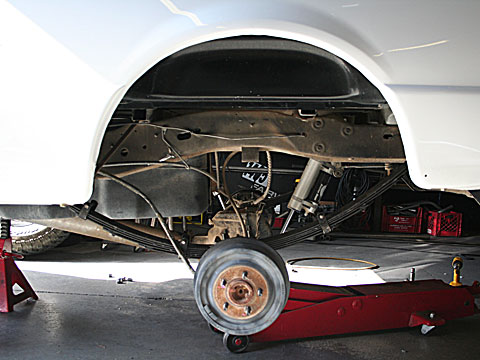 Notice how much droop is achieved with our new Deaver leaf springs. This is even with a jack under the axle because the other side was disconnected.

Simply repeat these steps to complete the other side.

What did we think of our new Deaver Leaf Springs?

We plan on doing a full review of these once we get our cantilever rear suspension system done (oops did I let the cat out of the bag?).

We did test them when we tested our new bumpstops and let me tell you they are worth every penny you pay for them.

Not only will you notice a much smoother ride on the road but off-road we finally got rid of the pogo stick in our rear (in the trucks rear). Since Deaver Springs builds their springs with more leafs that are thinner than the factory spring it allows the spring to react to its terrain more quickly giving you more control.

Right now I think we are getting about 10-12 inches of travel in the rear with the shocks in the stock location. When the cantilever system gets installed this should increase by about 4-6 inches. This is when the Deavers will really start to shine.

Adding the Deaver springs to the rear of our Ranger prerunner was one of the best purchases we have made in the pursuit of creating the ultimate prerunner. For the money I dont think there is anything that can compare to the gain in performance you get with any other suspension product on the market. Deavers are a MUST have for anyone that is looking to build a serious prerunner.

How To Build A Prerunner – Part 2 Rear Suspension