Mr. Baldwin made the following statement:

"Long before purchasing CORR in 2005, off road racing has been my passion and my pride. My family and I have had an amazing experience both in off road racing and being so deeply involved in the sport. Seeing the potential, I purchased CORR with the goal of developing a national presence. In the past few years, we have seen our efforts pay off as CORR and short course racing entered into the national motor sports spotlight. Recently I have experienced challenges but I have no doubt that CORR has the potential to succeed. Cissy Baldwin has clearly demonstrated her abilities and I have full faith and confidence that she will steer CORR to the next level. It is with a heavy heart, with the best interest in the future of CORR and short course racing, that I must now step aside from managing the operations of the series to empower the CORR management team to carry on this vision."

As Mr. Baldwin hands over the reins of the series he will devote his efforts to his real estate business and other business interests that have become his primary focus. While it remains the premier short course racing series in the nation, the CORR team is continuing to develop a revised plan for the 2009 season that will build upon the progress that has been developed under Mr. Baldwins leadership. 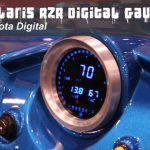