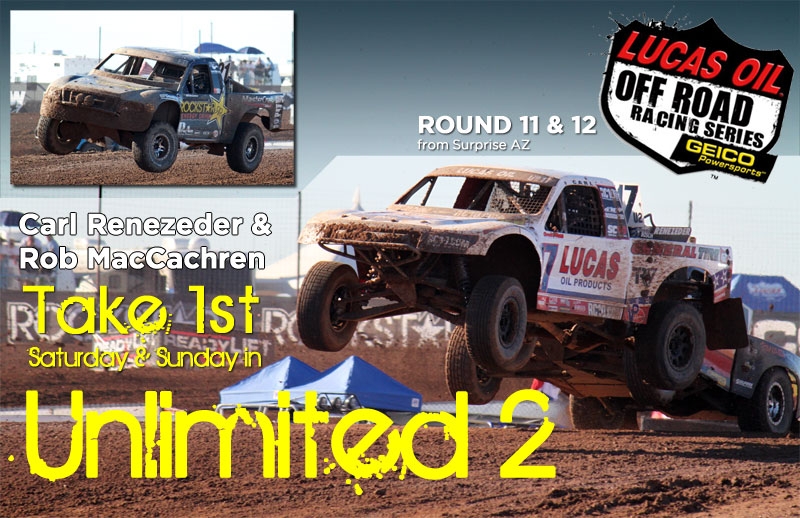 Round’s 11 & 12 of the Lucas Oil Off Road Racing Series took us to Surprise Arizona. What was supposed to be a night race, ended up being changed to a day race at the last minute, and WOW was it hot. The heat didn’t seem to slow down the drivers as this weekend had some great off road racing action. Smoke and fire grabbed the attention of race fans throughout the weekend. 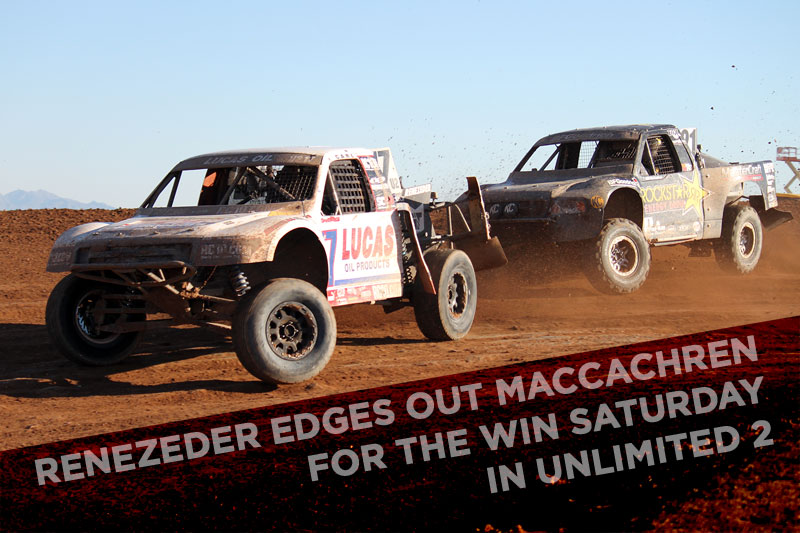 Saturday’s Pro2 race saw 2 common names out front, Carl Renezeder and Rob MacCachren for 1st and 2nd respectively. It didn’t start that way however, Mike Johnson and Bryce Menzies started in the front row with MacCachren and Renezeder a few rows back. After a short time, they were now in 3rd and 4th place. A full course caution was called, so track workers could remove Kevin Probst’s truck that was stranded in the mogul’s section, and it brought the pack together. After the restart we saw Renezeder move up again heading deep down inside turn 3 to overtake MacCachren.

At the competition yellow we still had Menzies out front, then Adler, Renezeder and MacCachren in 4th. The top 5 held their spots for a while which never happens in short course racing.

Renezeder made his move on Adler to take 2nd place, then after multiple contacts we saw Menzies slip to 4th, McCachren now 2nd, Adler 3rd, and Renezeder in 1st place.

We now had two pairs racing for 1st & 2nd and 3rd and 4th. Renezeder and MacCachren bumped mid-air on the back straight which made the crowd roar, but MacCachren could not over take Renezeder. Bryce Menzies ended up coming out ahead of Adler after Adler bicycled it on turn 4 and eventually rolled it over on the exit of the turn.

So when the checkered flag waived we had Renezeder, taking the top spot with MacCachren taking second, Menzies in 3rd Johnson 4th and Todd LeDuc rounding out the top 5.

This was Renezeder’s second win on Saturday, and MacCachren’s second place finish helped to increase his sizeable lead in Pro2. MacCachren also had the fastest lap on the last lap with a 56.498. 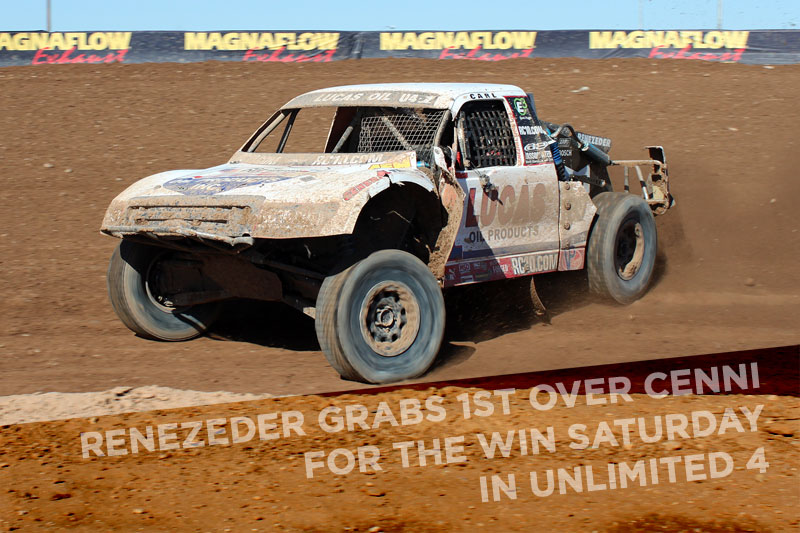 Moving to Pro4 on Saturday we saw Carl Renezeder on top again. Mike Johnson started out in front and an unfortunate cut in a tire after bumping with Kyle LeDuc took him out. LeDuc finished 3rd with Cenni in second and Renezeder extending his career wins to 91. 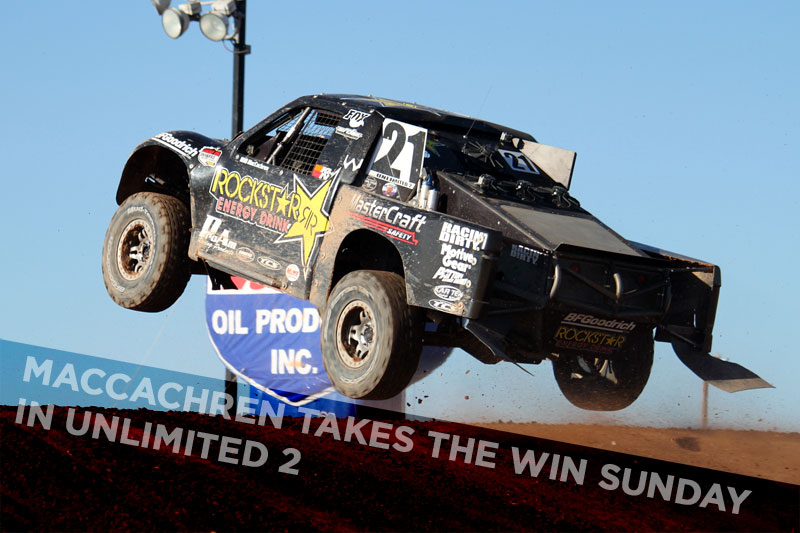 Round 12 on Sunday was a whole different story in Pro2. Rob Mac walked away with the win hands down.

The race started with Todd Leduc and Greg Adler in the front row and MacCachren pulled a beautiful pass on the inside of turn 5 to take the lead. Not only did he take the lead he opened up a huge gap on the other racers.

When the competition yellow waived we saw MacCachren, Adler, Renezeder, Woods and Menzies in the top 5.

MacCachren soon pulled away from the pack. Adler slid outside on turn 5 making room for Renezeder and Woods to pass taking second and third place. We then saw a flash of fire from under Woods truck that signaled a red flag to ensure he was ok. Woods looked like a super hero, he jumped from his truck in record time. The fire crew had everything under control in no time at all.

The racers lined up again and again MacCachren left everyone behind to go on for the win with Renezeder taking 2nd, Menzies 3rd, Ampudia 4th and Jeff Ward finished 5th. 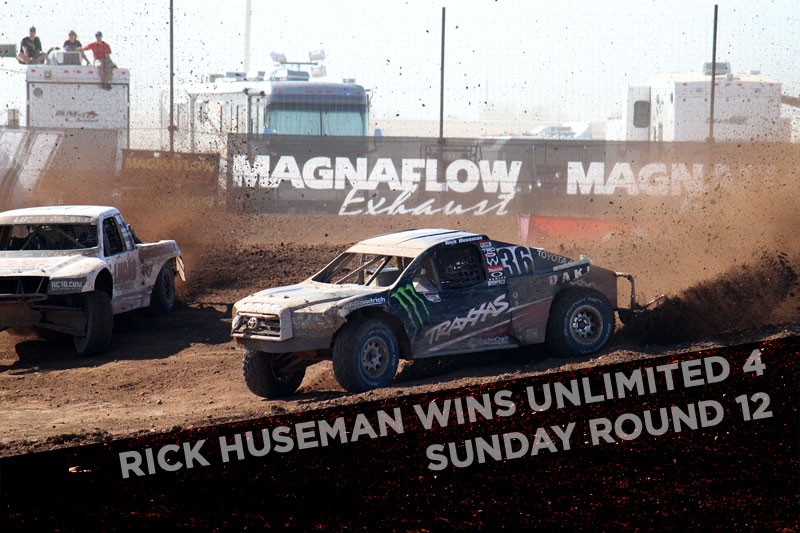 Sunday’s Pro4 race saw Bryce Menzies in the front row with Mike Johnson, then Kyle Leduc, Rick Huseman, Adrian Cenni, and Carl Renezeder at the end of lap one.

By lap 5 LeDuc had taken over the lead, and Huseman and Johnson tangled in turn 3, and Huseman was able to out-jump Johnson into the moguls section to take 2nd place. Then we saw the competition yellow waive and it was LeDuc, Huseman, Johnson, Renezeder, and Cenni in the top 5.

On the restart everyone held their spots until a plume of smoke emerged from the bottom of Cenni’s truck signaling the end of the day for him. This brought on a full course yellow and bumped Travis Coyne up to the #5 spot.

More yellow flags shuffled the group until Huseman came out on top with LeDuc in second, Coyne in third, Eric Barron in fourth and Josh Merrell in fifth. Huseman scored the fast lap of the day with a 54.587.

Now after the shot of Huseman you see in the left side of the pic Renezeder heading towards the outside of the turn. This is what happened next!

Enduring the heat seemed to be the biggest challenge for the racers that weekend, and the next stop is in Las Vegas for Rounds 13 & 14, on November 6th-7th. 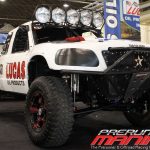 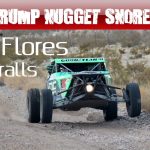