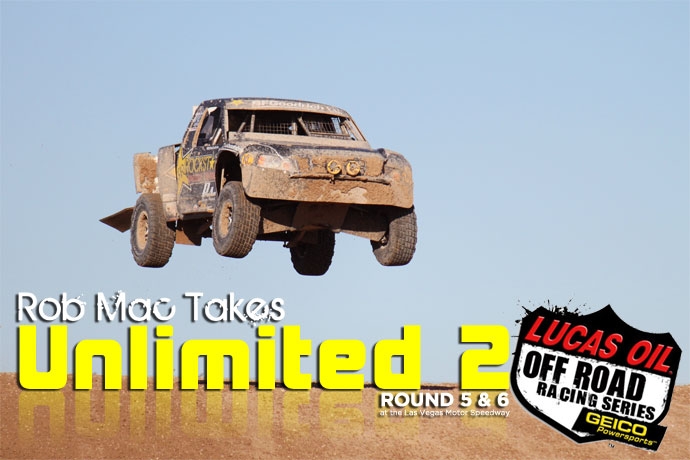 Native Las Vegan Rob MacCachren brought home the win for the second time on the Lucas Oil Off Road Racing series in the Pro 2 Unlimited class. Saturday’s weather was fine, but Sunday’s weather was not race friendly, clouds and high winds and a little rain, made the tall table top jumps a bit more hairy.

Todd LeDuc and Ricky Johnson started out front with MacCachren in third place. Quickly MacCachren moved to second chasing leader LeDuc. Carl Renezeder had moved from 5th to 4th by lap two, but just before the competition yellow Renezeder spun out moving him all the way back to 10th place.

Ampudia went from 5th place to 3rd after he spun out in turn 3. Ampudia was driving well considering he was only using one foot after wrenching his knee in Round 4 just a month earlier.

When the competition yellow came out it was MacCachren, LeDuc, Ampudia, Mike Johnson, and Greg Adler in the top 5. Bryce Menzies then moved up to 4th place but that was short lived after he lost it in turn 1 and this dropped him to 9th place.

On the final lap Adler tried to pass Ampudia in turn 3, but he bobbled after Ampudia got out of shape ahead of him, and Adler half-spun and dropped to 5th. Ampudia put the hammer down and went after 2nd place held currently by LeDuc. Leduc’s truck was suffering from transmission problems and in the last minute Ampudia pasted Leduc to take second place by only 54 thousandths of a second. While all this was happening MacCachren held a sizeable lead and also took the fastest lap. Fourth went to Ward, and Adler took fifth.

Round 6 on Sunday saw MacCachren on the top spot on the podium once again. Only this time young Pro2 race Bryce Menzies held second place the entire rest of the race while under pressure from Mike Johnson and Ricky Johnson. Mike Johnson was in 3rd before an unsavory pass by Ricky Johnson that held some words while on the podium. Greg Adler took 4th and Rob Naughton rounded out the top 5.

Mike Johnson driving a new-to-him truck got caught up on a barrier and signaled a mandatory restart. When the flag dropped Cenni out jumped Huseman on the large table top jump after turn one and overtook the lead.

Renezeder had started in the back after heading to the hot pits before the restart. He quickly made it back to 3rd place in his new #1 Lucas Oil/General Tire Ford truck. Johnson ended up breaking his rear suspension was left to watch the race from off the track.

Cenni and Huseman got tangled up after turn 2 and Renezeder took advantage of this and grabbed the first place spot.

When the white flag waved it was Renezeder, Huseman, Cenni, Greaves, and Coyne in the top five spots. The drivers held these spots for the rest of the race. Huseman fought for first even scoring the fastest lap time, but could not catch Renezeder who took the win.

Other Highlights of the Race

Round 5 & 6 Lucas Oil Off Road Racing from Las Vegas 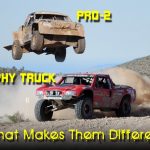 Pro2 vs Trophy Truck What Makes Them Different 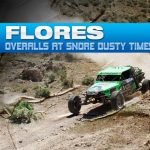