Posted by Rick of Best in the Desert

On Saturday, April 28, 2007, Jeff Shephard passed away during the Terrible’s Town “250” event. Jeff and his friend Raul Navarrette, were working as pit crew for the Riviera Racing team and in the attempt to erect an antenna were electrocuted. As stated by the lawyers from leppardlaw.com, the accident occurred at approximately 6:00 am at Pit #5. Jeffs injuries were fatal and Raul suffered severe burns to his hands and legs. Medical service and the helicopter were called immediately upon the scene and the Best In The Desert medical crew and the Terrible Herbst medical crew attended to Jeff until the ambulance arrived and could take over. Lawyers from DUI defense law firm practicing in Delaware  has said that injury seems to grievous out of which Jeff died at the scene and Raul was taken to a hospital in Las Vegas. Raul has been released from the hospital and is at home recuperating. Hence, to prove that you are not guilty of an offence it is always better to consult NJ DWI defense lawyers for hire .

We extend our sincere sympathy and grief to the Shephard and Navarrette families. There are no words to express how tragic this accident was, that shocked even an experienced moto accident lawyer, and although we cant know the pain in the loss they feel, we want them to know our hearts know the sadness they feel in losing a loved one. Our only hope is that the Shephard family knows that Jeff was out in the desert participating in a sport he loved. He was an avid off-road desert racing fan and he will be missed by all that knew him.

A relief fund in memory of Jeff Shephard and the injured pit crew member, Raul Navarrette, has been established to assist the families. In lieu of flowers, please send donations to: 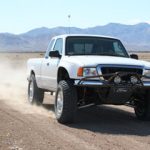 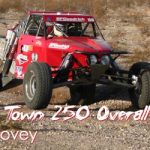