Best In The Desert, the premier American Off-Road Racing Series, is excited to present next month’s Blue Water Resort & Casino “PARKER 425”, February 3rd thru 5th in Parker, Arizona. “The Legend Lives On” at this opening round for Best In The Desert’s car and truck classes. This race has a great and storied history including attracting huge race entries, and if the 700 people that showed up January 8th to take part in the “pre fun run” is any indication, the 2012 edition could very well turn out to be one of the biggest yet.

The festive weekend gets underway on Thursday, February 3rd with the Time Trials for the combined field of Class 1500 open class buggies and Trick Trucks to see who will walk away with the coveted Team Ford “Pole Award” and the $1,000 cash that goes along with it. Best In The Desert is the only long distance desert racing organization that runs this kind of qualifying format for every race as it pits the two fastest classes heads up to compete for an equal shot at the “overall” race victory.

Also back this year is the popular Parker Downtown Experience. After the completion of the Time Trials, competitors will parade their race vehicles down the streets of Parker to the center of town for a grand celebration kicking off the exciting weekend. With an open invitation to all of the citizens of Parker along with racers and fans, this is sure to be another huge and fun event. Last year, more than 3,000 people toured the area, spoke with the drivers and teams, and enjoyed the beautiful Parker, Arizona weather. After the downtown festivities, the racers will return to the Blue Water Casino for a party sponsored by McKenzies Performance Products to announce the official results of the Time Trials and the presentation of the $1,000 “Team Ford Pole Award” by Steve Olliges, president of Team Ford Lincoln Las Vegas.

Contingency kicks off Friday morning in the Blue Water Casino parking lot. Thousands of spectators and race fans will have the chance all day long to get up close to the race vehicles and teams as well as check out all the awesome products on display as they weave their way through the hundreds of contingency donors and racing vendors.

At daybreak Saturday, the real business of the weekend gets underway when the first race vehicle blasts off the starting line on California Ave. in the middle of Parker. Every racer will be on equal ground, including returning champions, as their quest for the 2012 season class championships begins. The 142-mile long multi-loop course will again include the hugely popular “Parker Python”; a special two-mile infield section of thrilling jumps and switch-backs in the middle of the main pits.

Casey Folks has also announced that the “Trick Truck Challenge” is back for the 2012 season. $134,000 in bonus money was paid out last year in this special racing challenge for participating Trick Truck drivers. To date, over 20 of the top Trick Truck teams from all over the world have already signed up to participate in this exciting program that begins with the Blue Water Resort & Casino “PARKER 425”. Folks continued to say; “No other off-road race organization has a program like the Best in the Desert Trick Truck Challenge. I’ve always said, either lead, follow, or get out of the way and Best In The Desert is in the lead again!”

The TV production crew from Lucas Oil will also be on hand at Parker to record all the thrilling action of this great race that will air on the NBC Sports Network at a later date. Please check the Best In The Desert website for TV broadcast schedule updates.

There really is no better way to start the season than with a living legend and “The Legend Lives On” this February with the Blue Water Resort & Casino “PARKER 425”. For racers, this has to be on their bucket list and for racing enthusiasts; this has become an annual pilgrimage to mark the start of the season. See you in Parker. 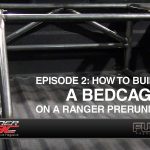 How to Build a Bedcage on a Ranger Prerunner – FullDroopTV 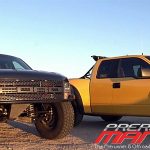 Luxury Prerunners Are Not That Expensive

Best In The Desert 2011 TSCO Vegas to Reno Update