POMONA, CALIF. (October 4, 2011) – The Lucas Oil Off-Road Expo powered by General Tire continues its commitment to the off-road community, not only with the full schedule of exhibits and events on October 8 and 9, but also with its ongoing support of the Off-Road Motorsports Hall of Fame Silent Auction and Induction Ceremony, both set to take place at the Sheraton Fairplex Hotel & Conference Center, adjacent to the expo’s location at the Pomona Fairplex. From autographed helmets and jerseys, to framed team posters, off-road fans are encouraged to stop by and check out the amazing auction items and place a bet. One hundred percent of the proceeds raised from the silent auction will benefit the Off-Road Motorsports Hall of Fame. The auction will be open to the public on Friday, October 7, from 4 p.m. – 10 p.m. and again Saturday, October 8, from 2 p.m. – 9 p.m.

Set to take place on Friday, October 7, at 6 p.m., the Off-Road Motorsports Hall of Fame Annual Induction Ceremony has been established to recognize and honor those individuals and organizations whose lifelong contributions to off-road motorsports have set a standard for others to follow. Hall of Fame inductees are required to have at least 15 years of experience and involvement in off-road motorsports. The nominees must have built, designed, driven, maintained, owned, prepared, piloted, promoted, ridden or supported an off-road vehicle. They are characterized by their desire to win, the mastery of their field and their courage to innovate. Each of the inductees has made a significant contribution to off-road motorsports in at least one of the following aspects: business, history, design, engineering, prestige of the sport, and/or growth of the sport.

The Off-Road Motorsports Hall of Fame (ORMHOF), a 501c3 not-for-profit corporation founded in 1978, is a 3,500 square foot exhibit within Gallery Four of the National Automobile Museum (The Harrah Collection) in Reno, Nevada. Plans are underway to expand the footprint of the OFMHOF within the Museum. For more information, visit www.ormhof.org.

The 2011 Lucas Oil Off-Road Expo powered by General Tire will invade the Pomona Fairplex with everything off-road including new vehicles, thousands of parts and accessories, ATV test rides, freestyle motocross action, movie premieres, RC Racing and more. This year’s expo is bigger than ever with more exhibitors showcasing all the latest off-road toys, technologies, parts, gear and accessories from more than 350 of the industry’s leading manufacturers, dealers and distributors.

The 2011 Lucas Oil Off-Road Expo powered by General Tire will take place Saturday, October 8, from 9 a.m. – 6 p.m. and Sunday, October 9, from 9 a.m. – 5 p.m. Held at the Pomona Fairplex, located at 1101 W. McKinley Avenue in Pomona, Calif. Tickets purchased on-site will be $12 for adults, $5 for children (6-12) and free for children under six. A Family Four Pack is available for $20 and includes admission for two adults, and two children (available online only). For more information and to purchase advance tickets, visit www.offroadexpo.com. 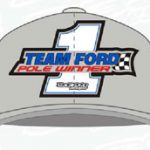