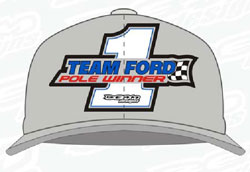 There are just days remaining until the green flag drops on two full days of non-stop racing action at the exciting Blue Water Desert Challenge. As the event program went to press, there were already 128 entries. With additional entries taken up to the end of registration on Friday, over 150 competitors in 18 Best In The Desert classes are expected to take on the specially designed 26-mile course. Last year, at the end of the race, less than a minute separated Steve Sourapas & Andy McMillin from B.J. Baldwin in a two-day battle for supremacy in the coveted Trick Truck class, won by Sourapas & McMillin. And in the 1500 class, four minutes separated Loren Brown, the eventual winner, from the top 4 finishers. Will this year be as tight – or even tighter?

This race also marks the fourth event for the 2011 Best In The Desert Trick Truck Challenge Cup. To date, $63,900 has been paid out in Truck Challenge Cup bonus cash with three different drivers claiming first place in the three previous races. With two races remaining, that still leaves the ultimate battle for the year-end Cup wide open.

As originally announced just days ago, the sponsor of the Time Trials Pole Award – Team Ford-Lincoln owner Steve Olliges stepped up and is now paying both of the winners of the Trick Truck and Unlimited Class 1500 time trials $1,000 each. PLUS, the winners will also receive specially designed “Team Ford” Pole Award Winner’s Caps, crafted by Jason Beam. He has gained a stellar reputation for creating the most unique custom painted helmets in the motorsports industry, including current Sprint Car Cup champion and former off-road racing star Jimmie Johnson. Keep your eyes open and see if you can spot the winners walking around the Blue Water Resort and contingency wearing their new hats!

Here’s the schedule:  Thursday, October 13th is Time Trials for 2 classes: Trick Truck and Class 1500, and then from 5pm until 7pm that night in the Dig Lounge at the Blue Water there will be a welcome party where the winners of the time trials will be announced. In addition, General Tire will be supplying the o’deurves.

Sunday – 7pm (approx.) Awards Presentations in the Bingo Room at the Blue Water

Plus, there will be a live broadcast of racing action on Saturday and Sunday, log on to www.bitd.com for details.