After installing the Dixon Bros Racing Long-Travel Front Suspension kit on the front of truck, we were teased with the possible performance of the new front-end kit. The Ranger came factory with the tow package; thick heavy leaf springs with a load spring do not make for a cushy ride in the back. In fact any time we did try to burn through whoops with any speed, we were quickly reminded of the factory limitations when the rear-end would bounce like a pogo stick.

After consulting with the gang at Woolworth Motorsports, Robby suggested we simply add some remote-reservoir shocks in the factory location. We ordered the shocks and a week later we arrived to have them installed.

While I was there I asked if we could crank the front coil-overs down a bit to level out the truck. Robby suggested we add a 1-inch taller block to the rear for this. That is exactly what the truck needed. Now we are able to see the cars behind us in the rearview mirror instead of the contents of our bed.

Follow along as we show you the simple steps involved with this process.

After chocking the front tires and getting the rear off the ground and supported by jack stands, then rear tires were removed as well as the rear factory shocks. 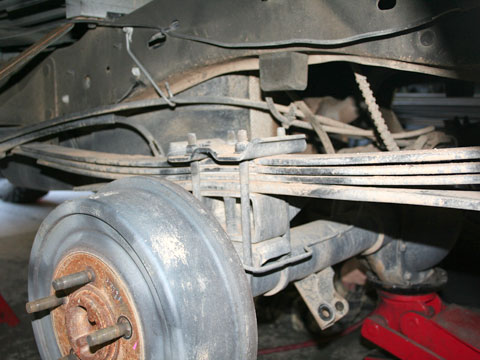 Next the ubolts were removed, and the jack was lowered slightly to get the factory lift blocks out. Lowering it a little more the new 3 inch lift blocks were installed. 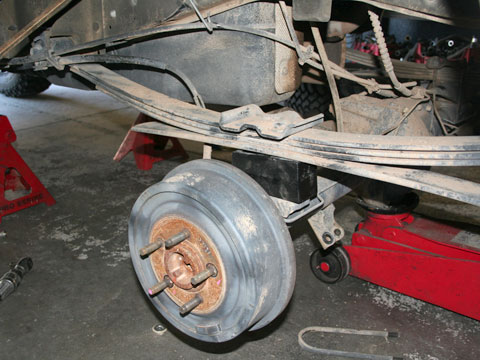 The ubolts were replaced and the nuts torqued down. 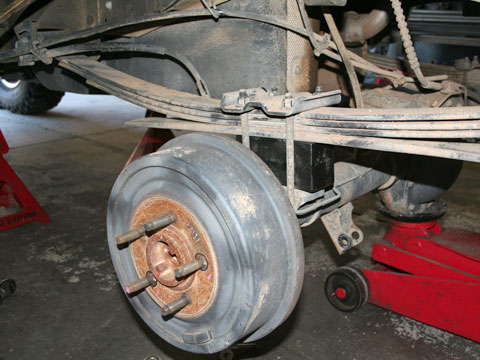 Replacing the factory shocks with the new Fox Remote-Reservoir shocks was easy. Install the shock on the top mount, then hold the lower mount of the shock in place where it attaches to the factory location on the rear-end and that is it. The only extra step is to mount the reservoir in a piggy-back fashion to the body of the shock. The hose clamps used for this are included when you buy the shocks. 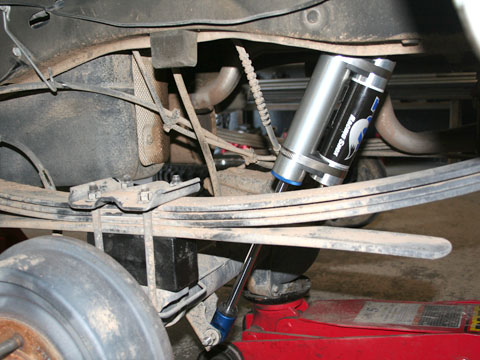 The only problems involved with this is the garbage can size factory muffler getting in the way of mounting the passenger side reservoir towards the front of the truck. We had to place it towards the rear, which is not a natural position for the hose of the reservoir. We are going to replace the factory muffler with a much better performing Flowmaster Muffler to fix this, but that will be a different article. 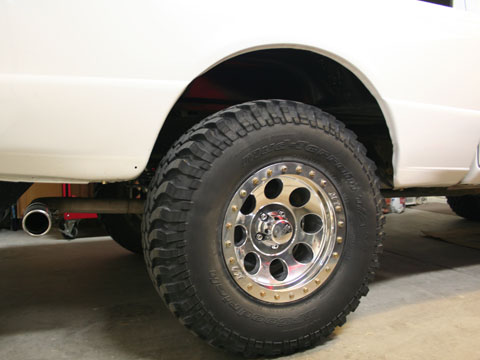 Be sure to check out the test in our Prerunner Features area.

How to Crank Torsion Bars 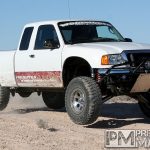