For 2009 Polaris has introduced a new RZR called the RZR S (yeah were pissed we didnt wait for this one). Polaris answered the call of its public and now offers the popular RZR with long-travel suspension right from Polaris.

With the extended arms of the new long-travel suspension, the RZR S also features some new fender flares to help cover the newly exposed tires. 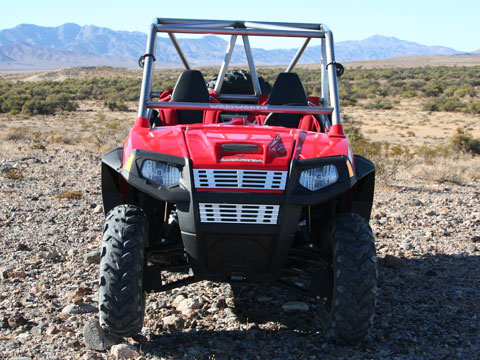 This is good news for RZR owners as they will fit your RZR and it took about 30 minutes to install them.

We called our friend at RideNow Powersports in North Las Vegas, and he said we dont have them in right now. We mentioned we were in kind of a hurry so he made a call to another location near Henderson, and they had what we needed.

When you get your RZR fender flares they come in a giant box. Inside you get both front and rear sets of fender flares plus all new hardware to install them. There are also detailed instructions taking you step by step through the process.

You start by removing the plastic pop rivets Tufloks that hold the current fender flares. Then you simply add the tinnerman clips over 4 of the existing holes where you will attach the flares using a T-27 torque screw that is provided. 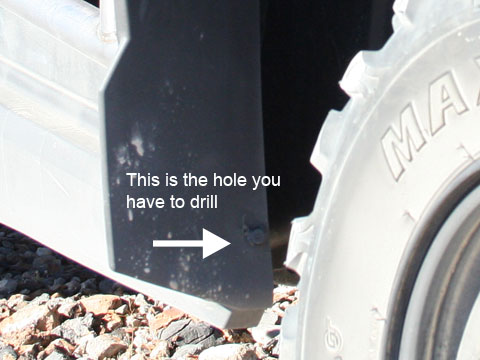 One thing the instructions did not include was the last hole towards the bottom of the fender is not drilled out on the RZR. We simply drilled a hole for each fender and problem solved. 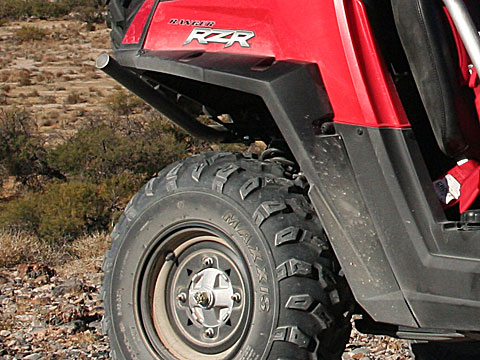 Even though we do not have a long-travel kit on our Project RZR, they sure do help keep the desert off of you when we take it out.

The desert we frequent has a ton of silt, and when we hit it before we were covered. Now we noticed the silt stays clear of us. That alone made them worth it. 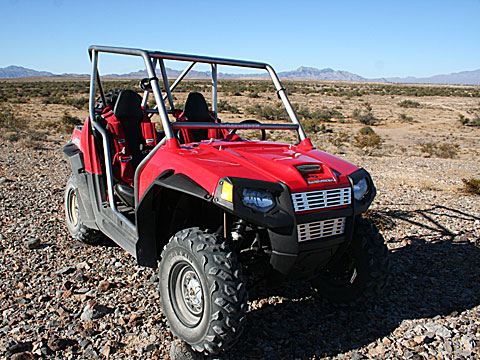 Down and Dirty October 2008