"No race demands more endurance of both man and machine than the Baja 1000," said Sal Fish, President and CEO of Score International, the world’s leading desert racing organization. "In consulting Activision for a video game version, we meticulously explained what’s needed to capture the intensity of the Baja. They’ve nailed not only the look but also the elements of true desert racing."

With a personal endorsement from Sal Fish himself you know this game is going to rock. So put on your helmet, turn on the Parker Pumper and get ready for some dirt in the face racing action.

The Score International Baja 1000 Video Game by Activision is set to release Fall 2008. Look for it at your local video game retailer. 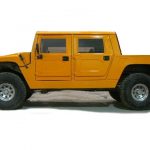 Henderson Fabtech 400 On Schedule For December 2008 In Henderson Nevada