We were very excited to cover the Battle at Primm since we got the opportunity to prerun the course in our Project Desert RZR. Because of scheduling issues we were only able to shoot Saturday, the first day of racing, but we got some great shots of the race. Be sure to check out the Carnage that happened to one racer in our Off-road Racing Carnage Column.

It was a “packed house” on race day. From what I heard if you wanted to race in the Mint 400, you had to attend this race. The Battle at Primm is a short 13 mile multi-lap course with some great spectator areas and tons of fast straight aways. It also featured the “Dike Jump” where racers caught some serious air. 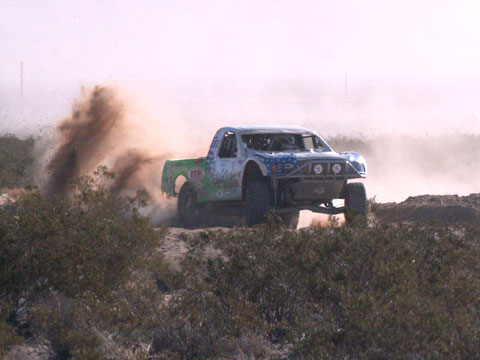 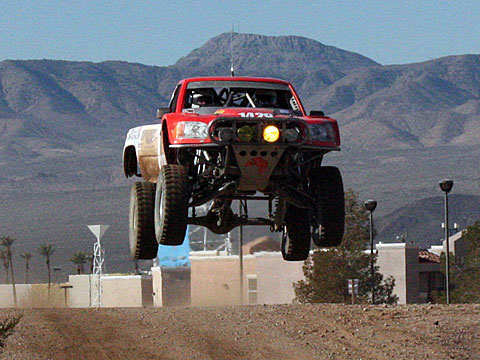 Dan Vance #1429 Truck receives the BIG AIR award for the highest jump off the Dike Jump. 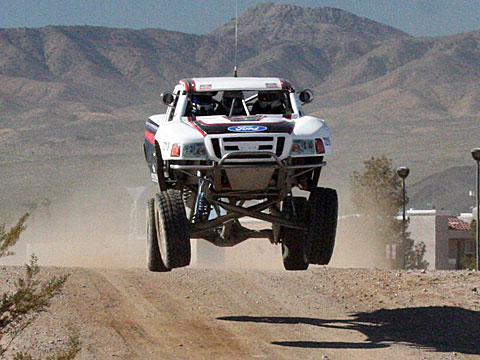 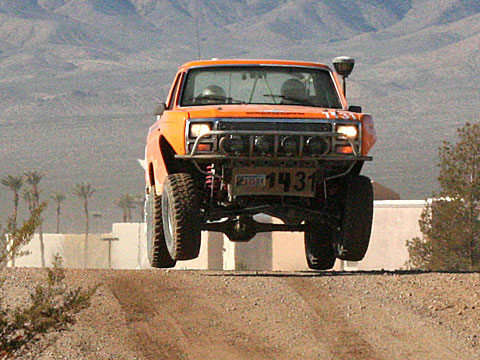 Mike Alden skies over the Dike Jump in his Woolworth Motorsports built Bronco. 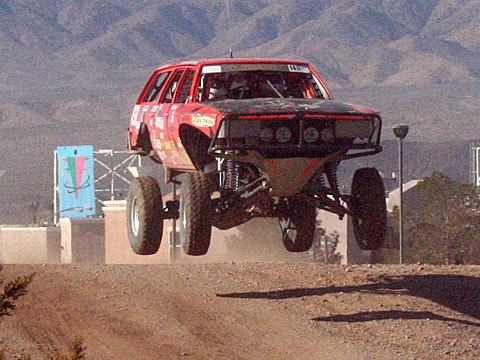 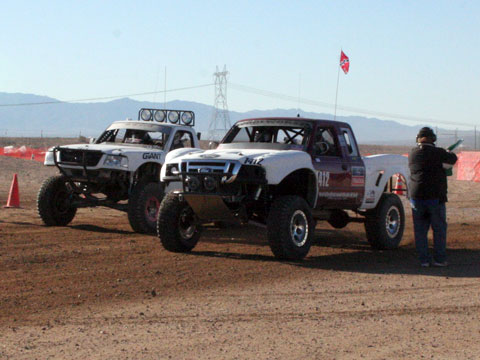 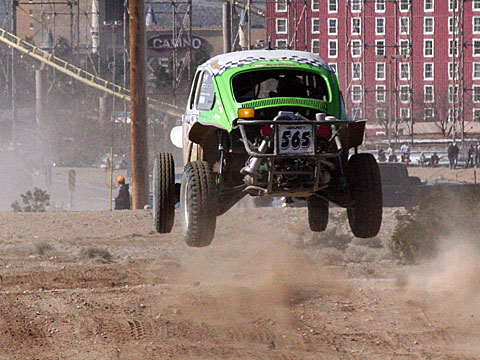 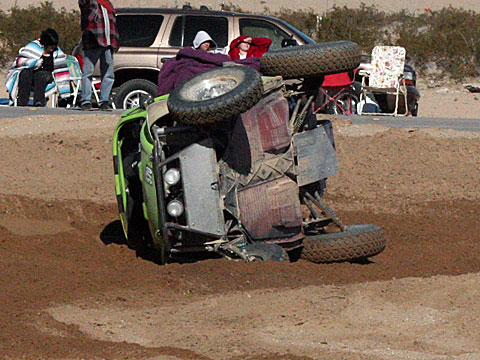 I missed shooting the roll over by 5 seconds. A few members of the SNORE crew flipped Patricio Alvarez #570 over in a matter of minutes and he drove away to finish the day. 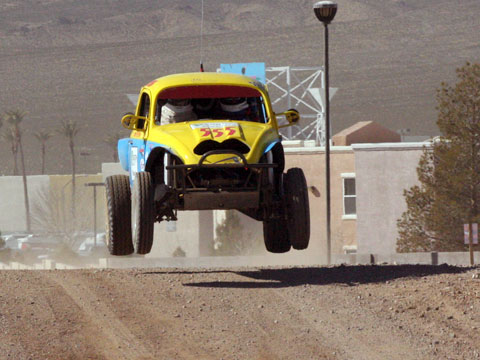 Richard Casey in the 750 truck makes a quick right turn to save what almost became a bad day.

I bet your wondering why I took a picture of the dirt…well you can see by the series of shots of John Reber’s 1421 truck that he was pretty out of control over the Dike Jump. When he landed he was coming right at me. The dirt picture got shot as I started running. 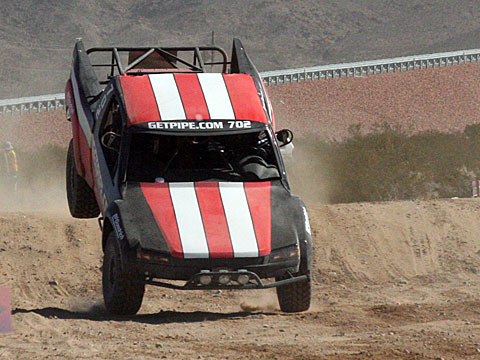 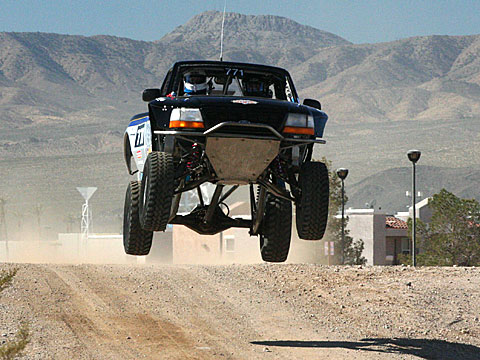 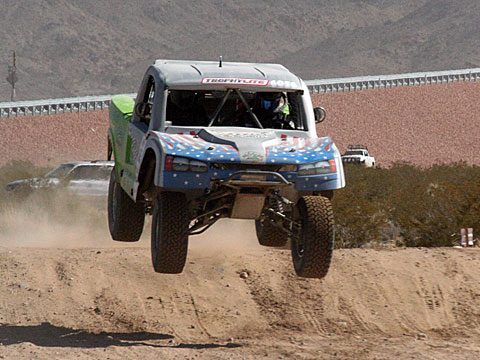 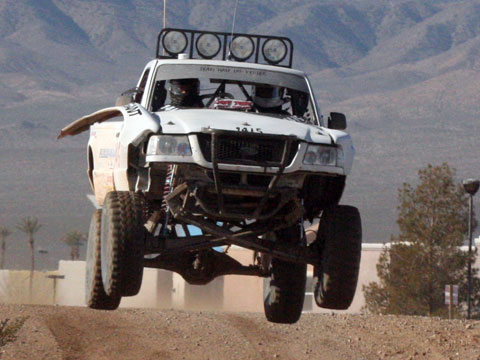 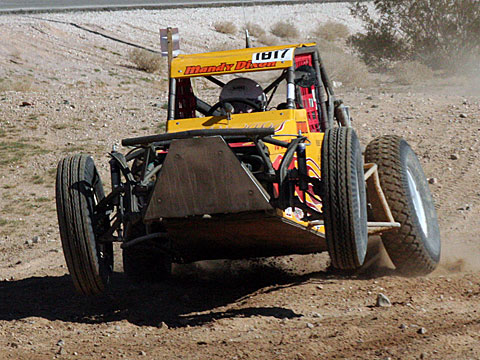 SNORE’s Battle at Primm was a great season opener and the perfect segway to the return of the Mint 400. See you at the Mint!!!

Gearing Up for The Mint 400