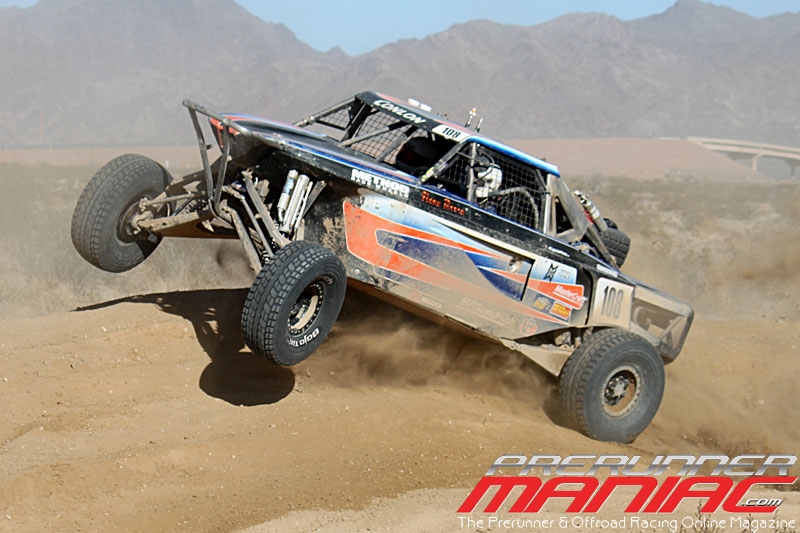 The first race of the season for SNORE Racing is the Battle at Primm. This is one of the best spectator desert races in the Las Vegas area, short 13 mile loop course allows race fans to see their favorite racers more than once around the track. If they missed them Saturday they can come back Sunday and see them again.

We especially love this race because it makes easy to get pics and videos to share with you our readers. In a point-to-point race there is no way my Ranger prerunner is going to beat a Trophy Truck to the next spot.

The weekend was unusually cold even for February. We even got snow in the pits on Sunday, but this didn’t stop the racers from putting on a good show.

In case you didn’t know the Battle at Primm is set up with different heat races. Similar class vehicles race together so you don’t have an Unlimited Truck getting slowed down by a Class 1100 Bug. The faster vehicles like the Class 1 Unlimiteds and Unlimited Trucks all race together about mid afternoon.

You would think that with only a 13 mile loop to go around that everyone would finish but the attrition rate for this race was high when you look at the number of DNFs. Only 4 out of 12 Unlimited Trucks finished the weekend.

The overall winner for the weekend was a Class 1 Unlimited car #108 driven by Kyle Conlon. During Saturday’s race Conlon averaged 59.1 mph, which is amazing considering the close quarters this track is built in. There is one long straight-away from the California side back towards the pit area where most Unlimited vehicles could hit 100+mph. Conlon’s time for the weekend was 2:11:47 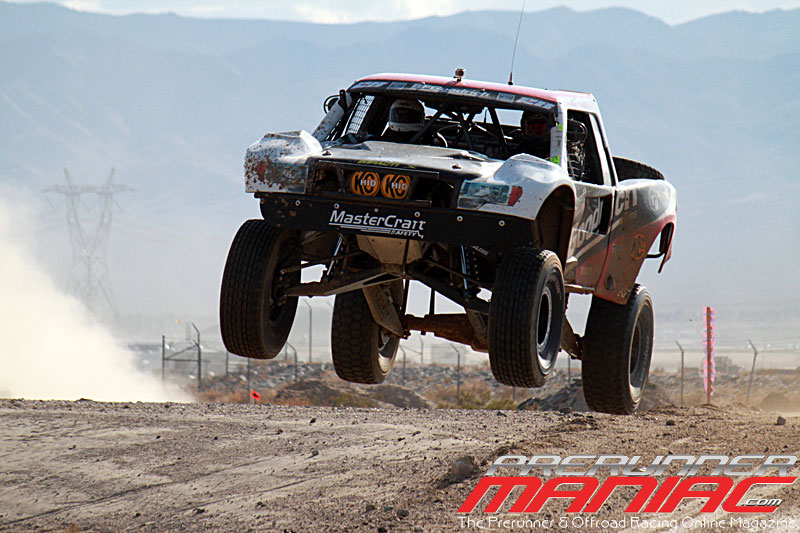 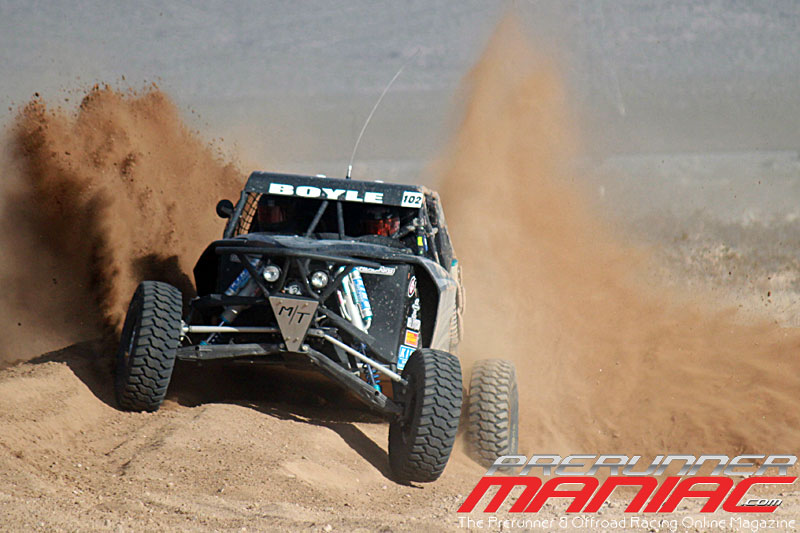 Third overall went to another Class 1 Unlimited car. The #102 car driven by Richard Boyle finished a mere minute behind Olliges with a time of 2:19:20. 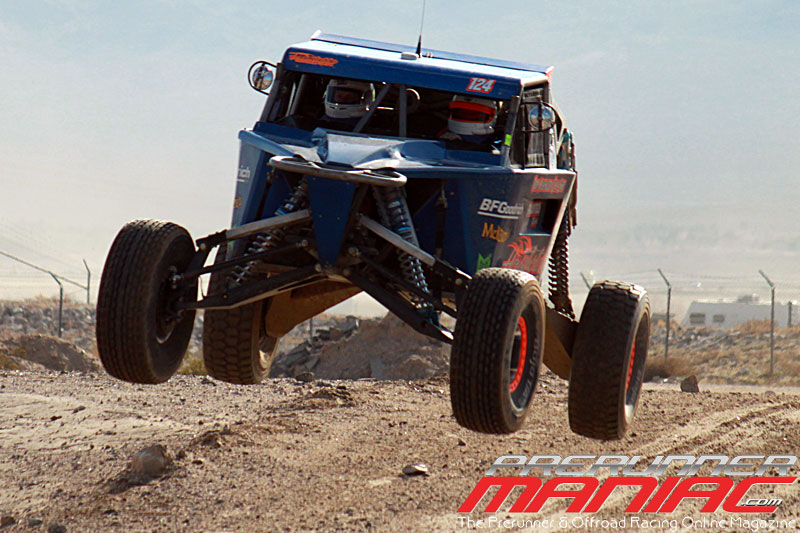 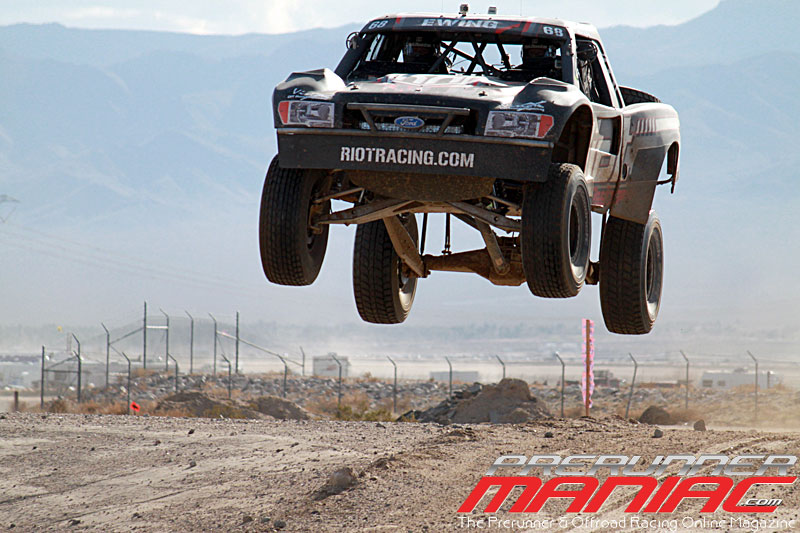 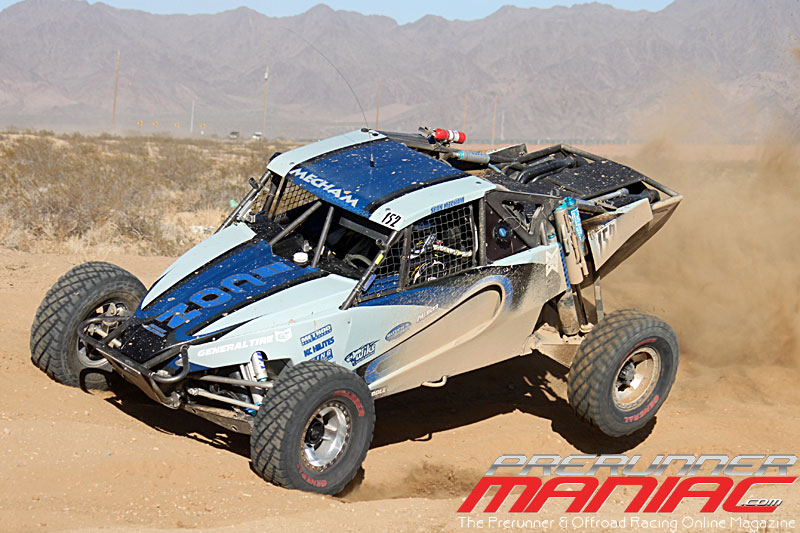 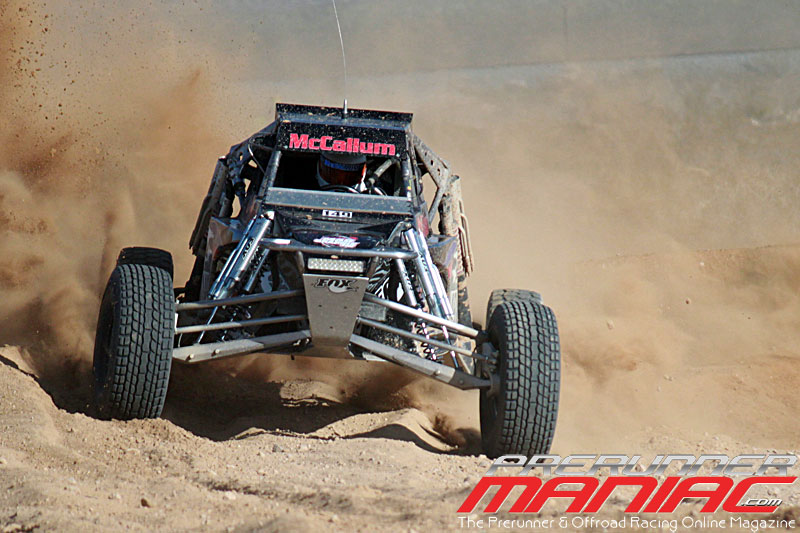 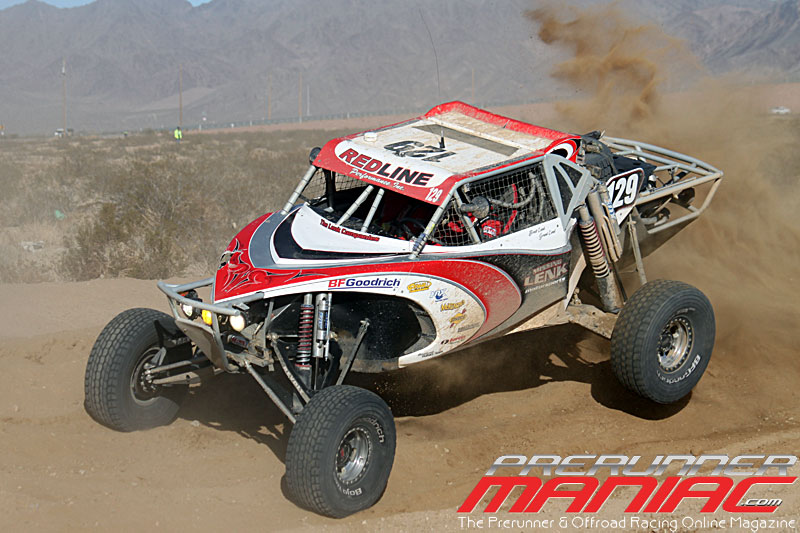 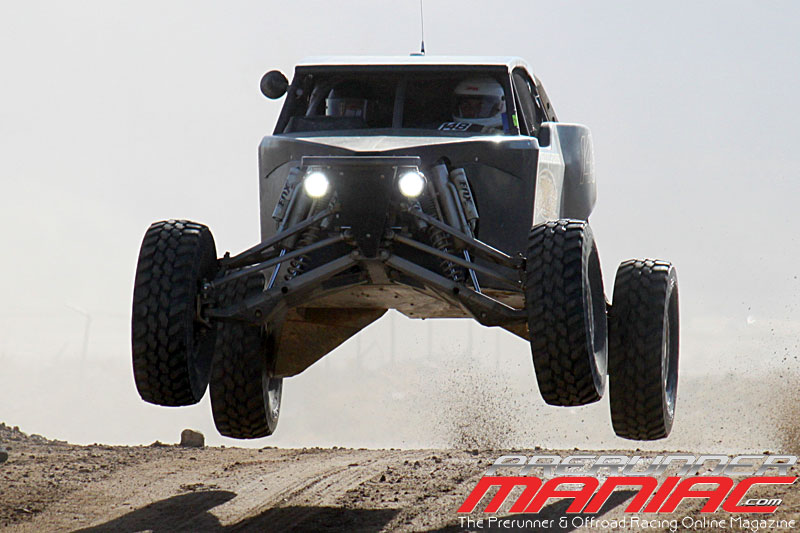 Here are some more highlights of the race: 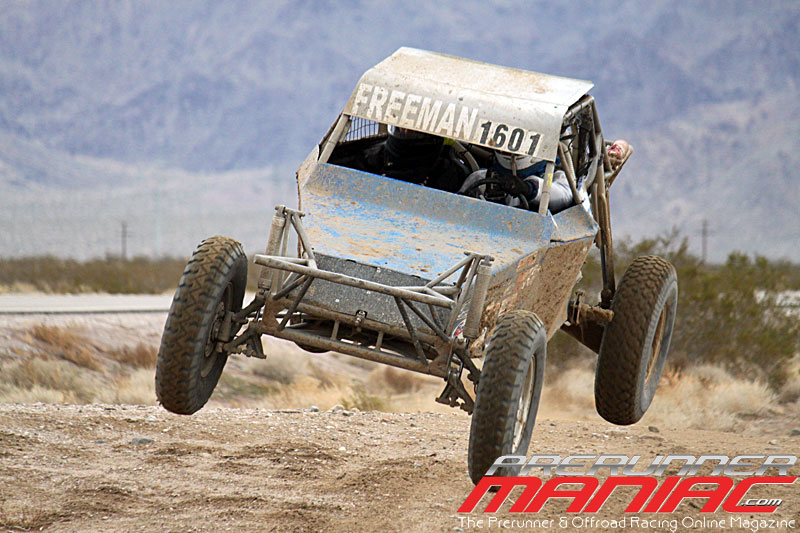 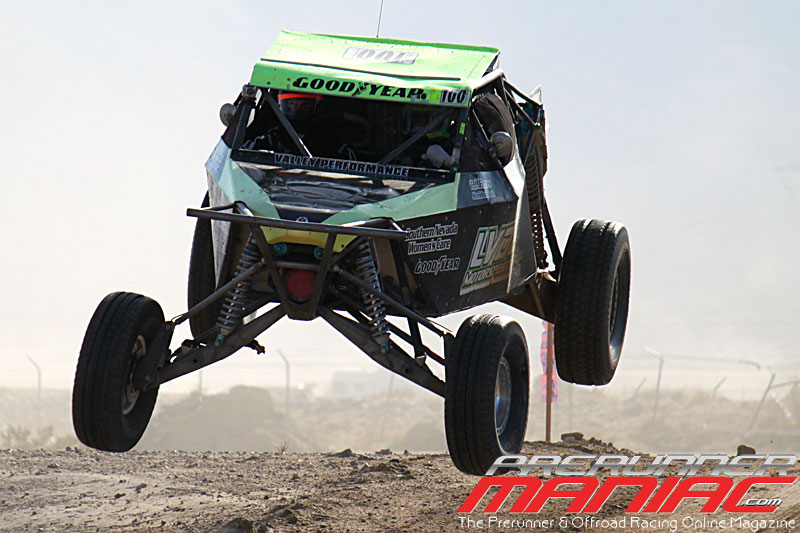 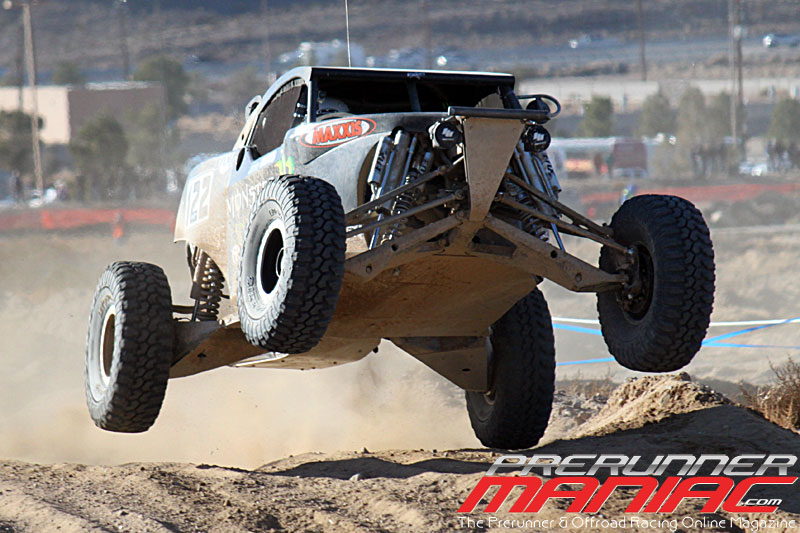 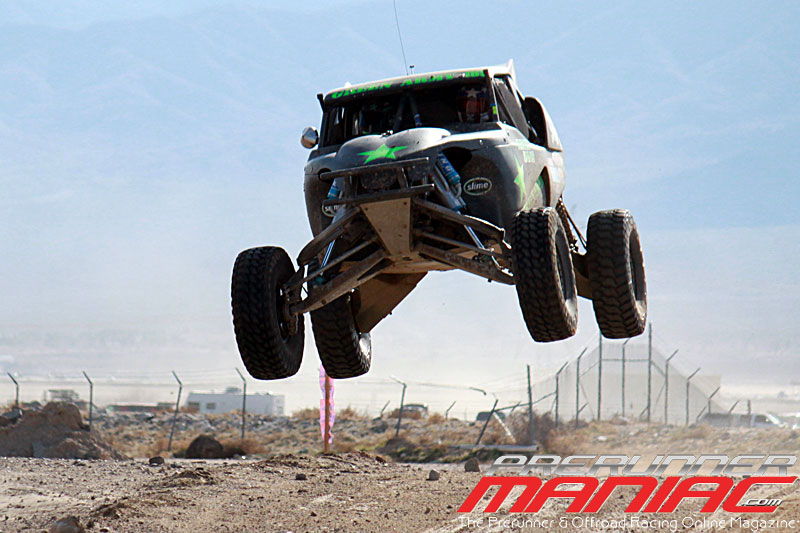 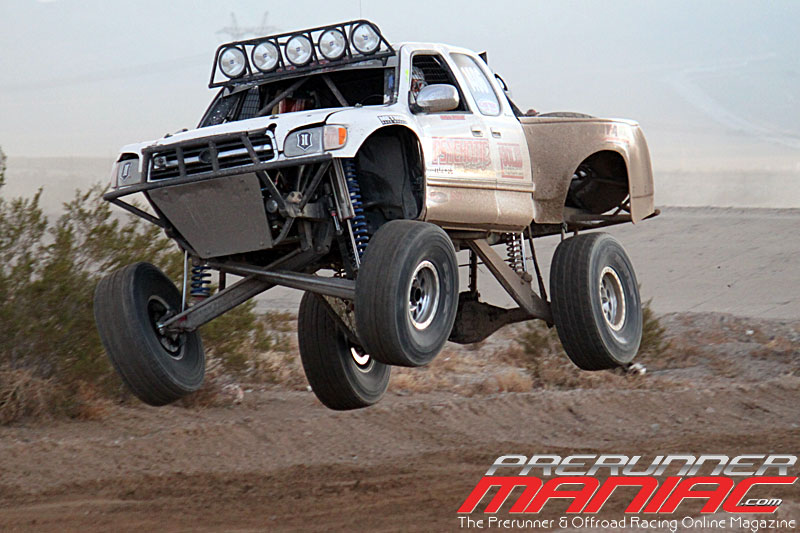 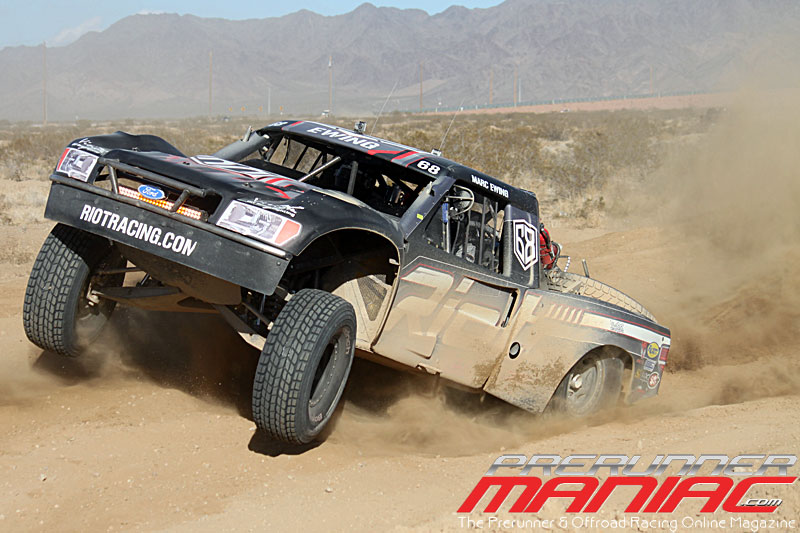 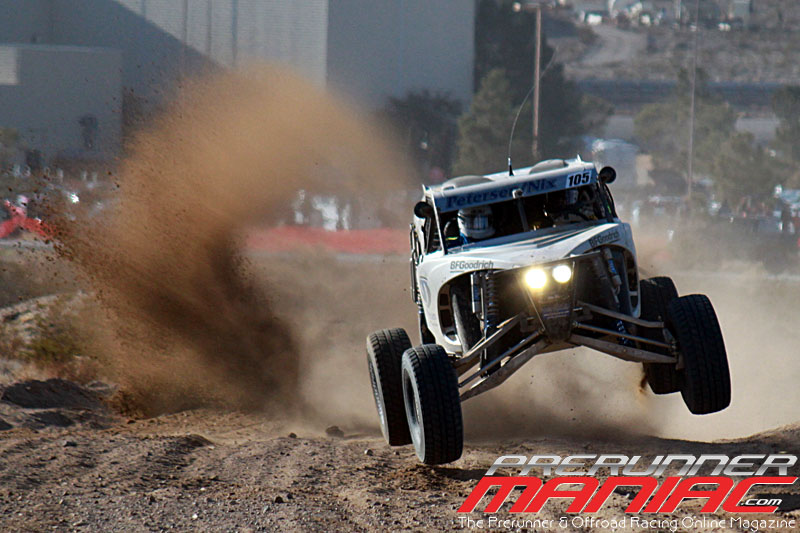 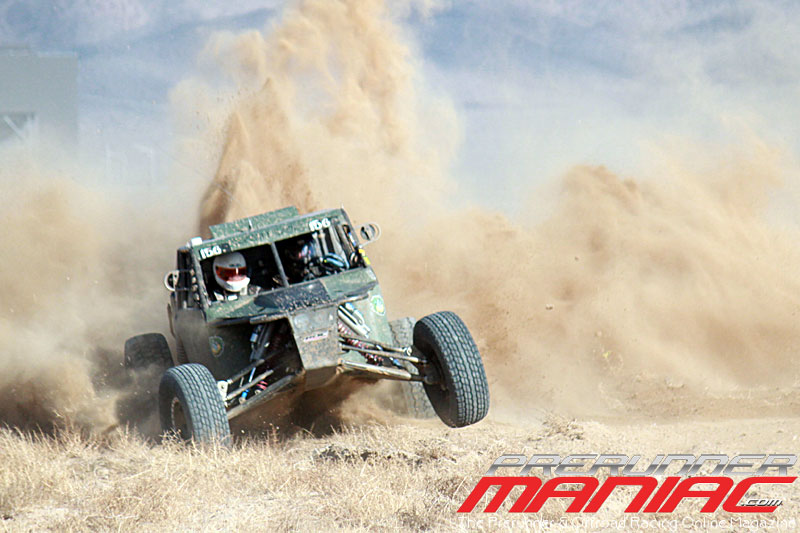 We have to give a special shout-out to Clyde Ahrens for this amazing show during the 1450 race. Watch the video and you’ll see his F150 is built Ford Tough!!! 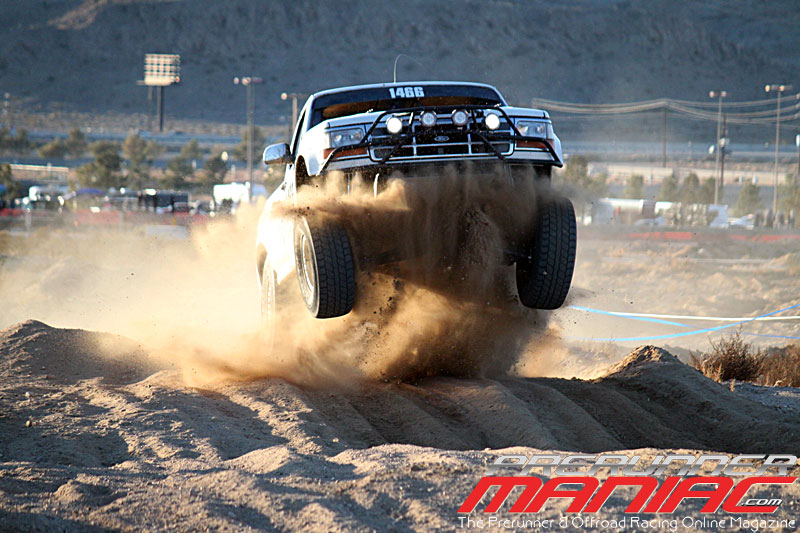 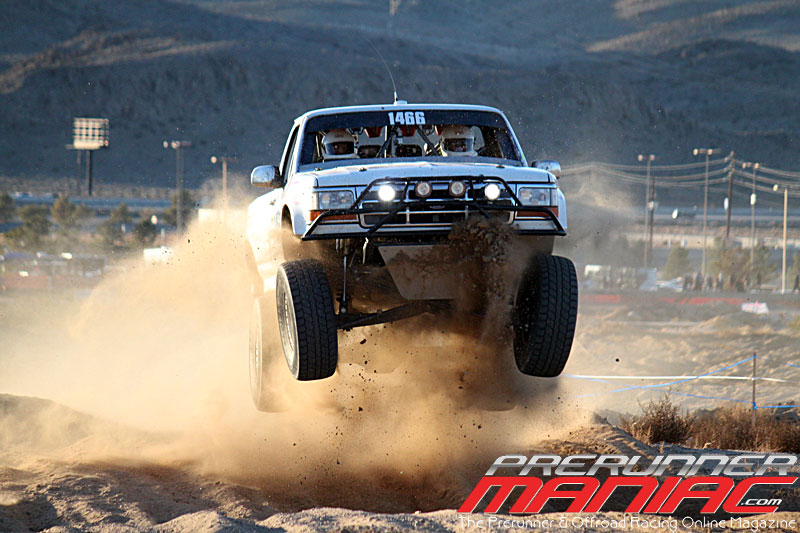 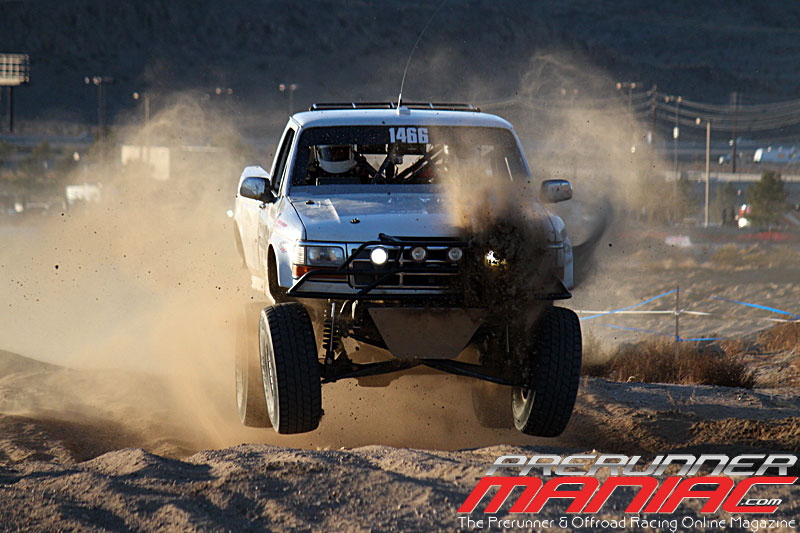 Desert racers are like the mailman, come rain or shine they deliver. This race is one every desert race fans should come out to see. 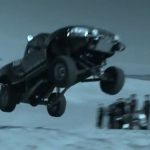