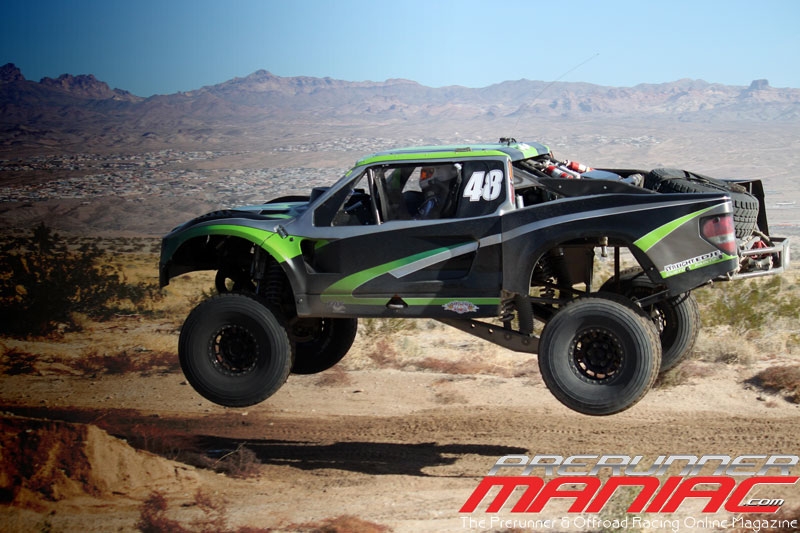 The 2010 SNORE Rage at the River turned out to be one of the best races of the year.

We arrived in Laughlin on Thursday so we could get settled in and be ready Friday morning for the prerun. The course was only around 13 miles so I wanted to see the entire course.

The course was very dry and dust was a problem for most racers and over the course of the weekend the race course got so beat up there was a high attrition rate for this race. Tons of DNF’s.

For those that battled, and overcame all obstacles, there was a higher sense of victory. This was especially true for Jimmy Nuckles. He took the win for the entire weekend overall and in Unlimited Truck. 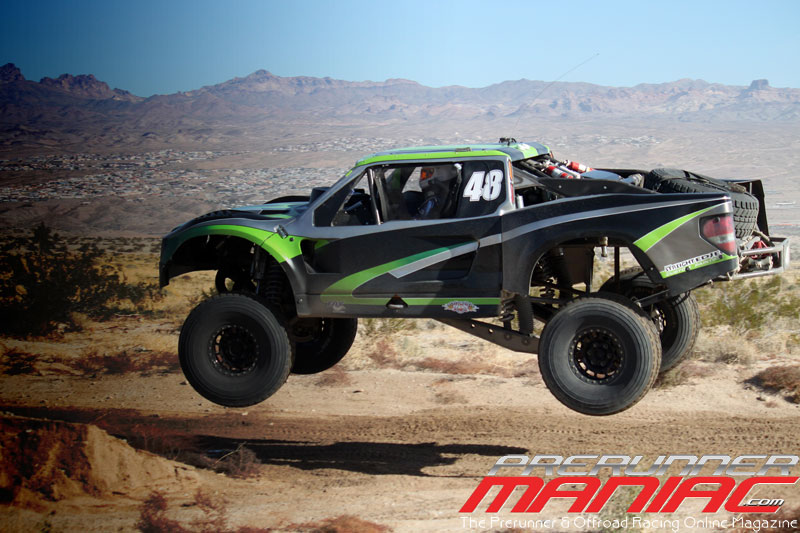 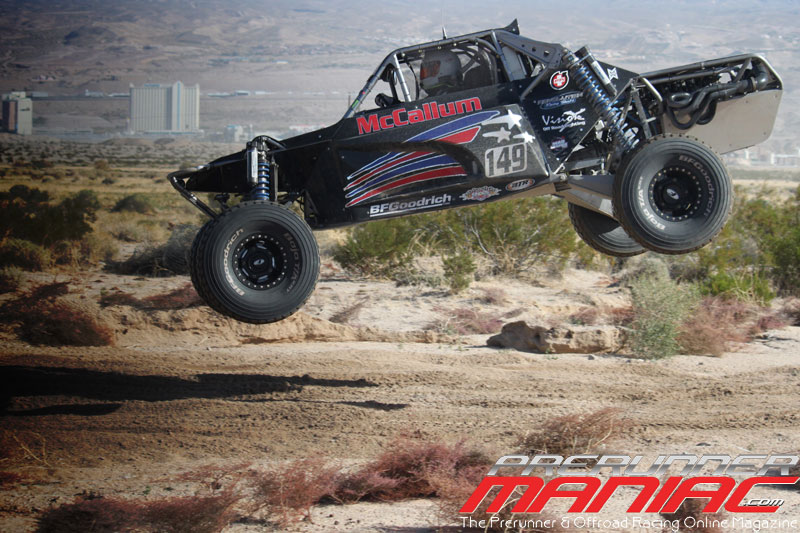 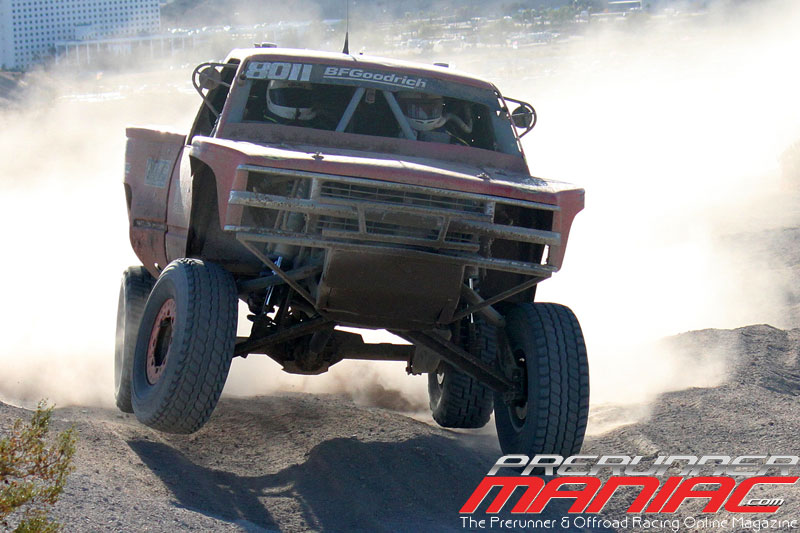 Third place went to Todd Wyllie in Class 8 with a time of 02:33:18.23. It seems he did so well in this race he wasn’t able to Race the Unlimited Truck class where we normally see him. 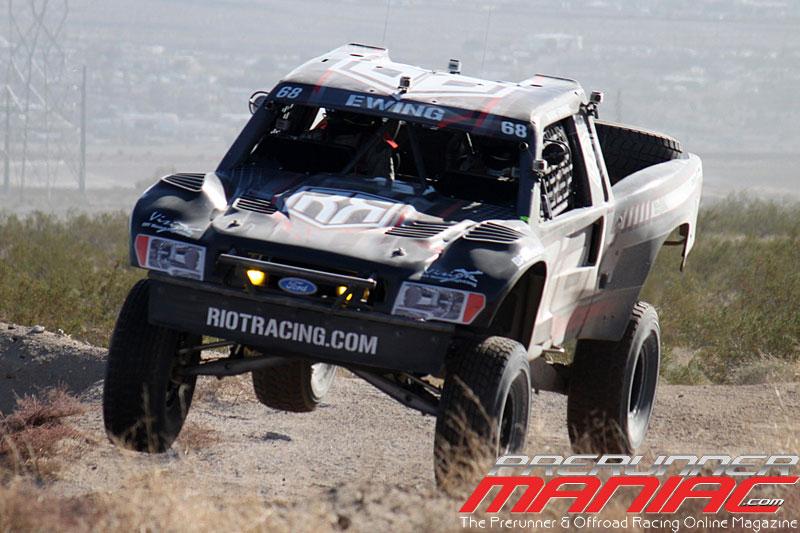 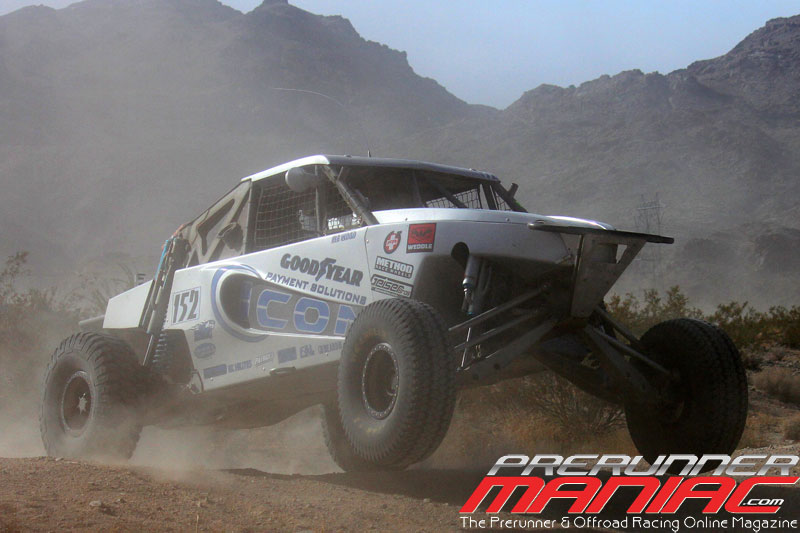 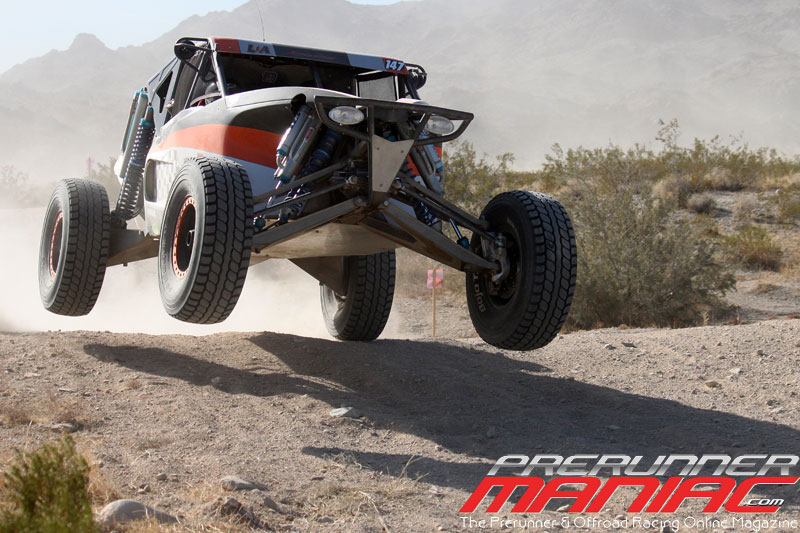 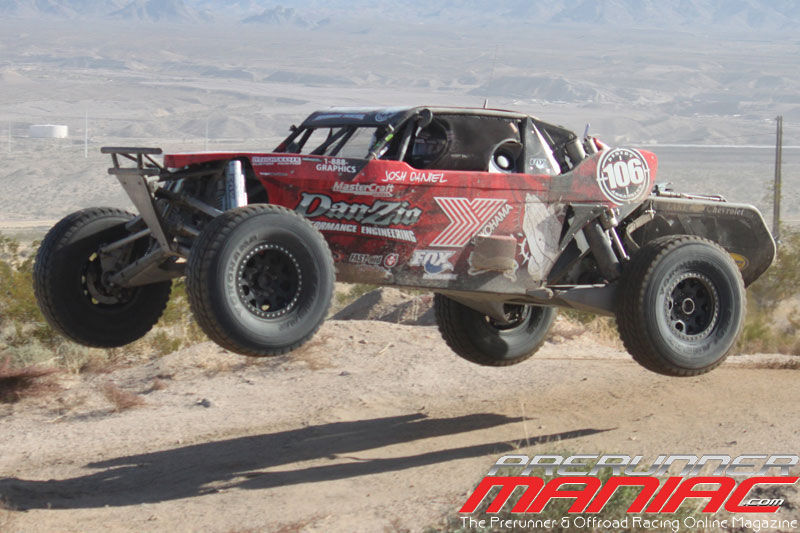 Josh Daniel failed to repeat his performance last year when he won the overall passing Cameron Steele in the air behind the High School. Daniel on a blistering pace never finished the last lap on Sunday, but in true Daniel fashion he had the fastest lap time of the weekend 00:13:12.76 which we thought should be mentioned.

Overall it was an amazing weekend and one heck of a way for SNORE to close out the season. A lot of racers tell me they prefer the longer point to point races but as a Media Guy short lap races are my race of choice. 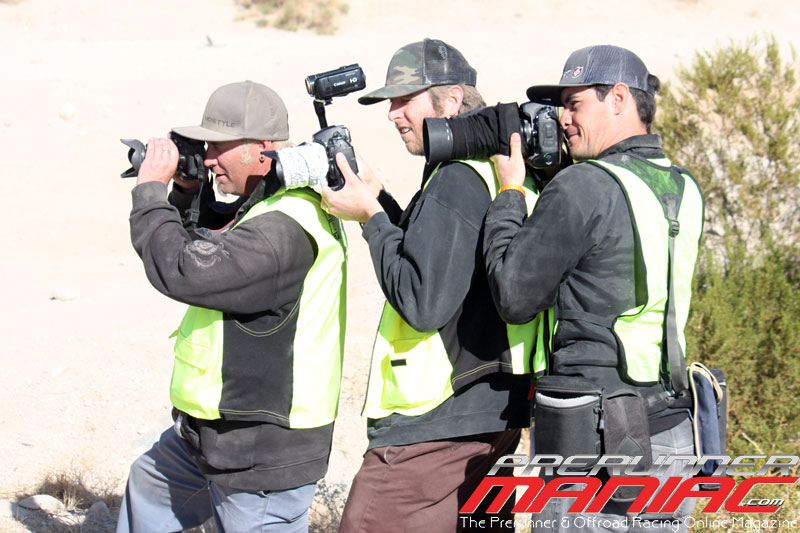 Is This 4-D Photography
Photographers get bored out in the desert. Special thanks to Mike Wilson (middle) and Art Eugenio (right) and unfortunately I don’t know the Photographer on the left. 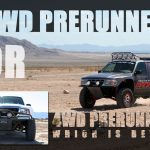