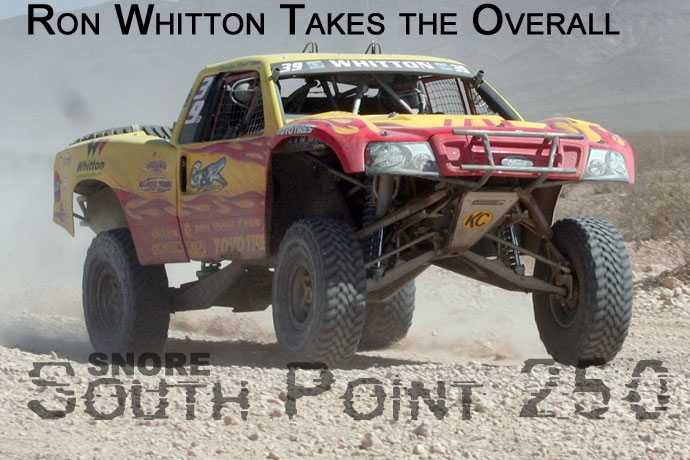 After finishing fifth in the previous weekend’s Best in the Desert Silver State 300, Ron Whitton returned to the Nevada desert less than a week later to compete in the SNORE South Point 250 race.  Featuring a 69-mile loop course, the four-lap event took place in Primm Valley, Nevada on the outskirts of the bright lights of Las Vegas. 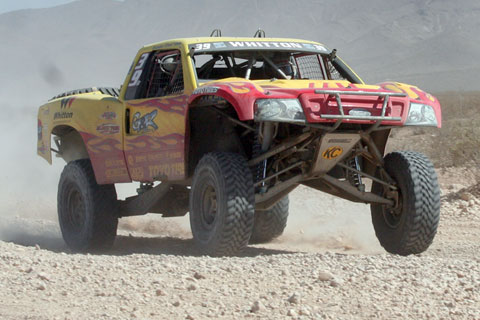 Starting behind a full field of 12 Unlimited Buggies and three Unlimited Trucks, the No. 39 Geiser-built truck of Ron Whitton’s successfully claimed the overall victory despite a minor mechanical setback halfway through the race. By the end of the second lap, Whitton and co-pilot, Chas Dana, had worked their way through the Unlimited Buggy and Truck field and were running first on course and overall on time when a header tube failed ten miles from the main pit.  Limping the truck to the main pit, the crew performed the needed repairs in an astonishing nine minutes and sent the No. 39 truck out in the third position.

With two laps remaining, Ron Whitton throttled-down and worked his way through the slower race traffic in an effort to reclaim the overall position.  By the end of the third lap, Whitton had once again advanced on corrected time to claim a nearly one minute lead over the second place contender, Adam Householder, in the No. 24 Unlimited Truck.  Crossing the finish line in 4 hours, 59 minutes, and 26 seconds, the No. 39 Whitton truck earned the overall victory with a 1 minute and 2 second lead over Householder.

“Usually we start in front of the Unlimited Buggies but SNORE started them ahead of us for this race.  I was the last unlimited vehicle to leave the starting line and my co-driver, Chas, kept pushing me hard to make our way out front.  Rick Geiser and the crew did a great job getting the header fixed and getting us back out on course and everything else just kind of came together after that.  Other than the header issue, we had no other problems and not a single flat on our Toyo Tires,” remarked Ron Whitton.

Claiming first place in the Unlimited Truck class at SNORE’s 32nd Annual KC HiLites Midnight Special in August, Whitton has had a remarkable showing at this year’s SNORE series events.  Looking forward to building upon this season’s successes, the No. 39 truck will compete at the 42nd Annual SCORE Baja 1000 and will finish out the year at Best in the Desert’s Henderson 400 race in December. 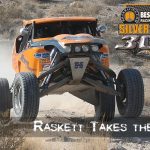