The last race on the Best In The Desert’s 2011 calendar is shaping up to be a real duel amongst competitors, with so many season class points championships riding on it. A total of 14 car and truck class championships will be decided at the end of the day when the dust settles on this last race of the season. The TransWest Ford Henderson “250” is also a “double points” race, so anything can happen in the final points shuffle.

A number of Trick Truck drivers still have a shot at taking the season championship crown. Coming into this race, Steve Strobel holds a fourteen-point lead over John Swift with Steve Sourapas sitting just 6 points behind Swift. Not far back and ready to strike should something happen to the top three, is Greg Nunley, Adam Householder and 2010 defending champ B.J. Baldwin. So it comes down to whichever driver and team that can put together the perfect race for the win, probably goes home with the championship.

In Class 1500 for the unlimited buggies, Steve Appleton holds the lead with 463 points heading into Henderson with Garrick Freitas not far behind with 450.

The Class 1100 championship comes down to a chase between Bryan Folks at 347 points, Brent Parkhouse at 337, Lee Banning Sr. at 335 and Gregg Ryan with 334…it couldn’t it be any closer

Three drivers have a shot at winning the Class 7200 championship. Only 28 points separate Steve Kovach, Alan A. Hogan and David Caspino, making for yet another extremely tight and exciting fight for the class championship.

Not only will this be a great race for the racers and teams, but it’s also going to be an exciting event for racing fans too. The TransWest Ford Henderson “250” is a spectator friendly event. The Time Trials are open for public viewing as well as two designated “spectator only” areas on BLM owned land for the actual race. The BLM gave their approval for them due the extreme attention to safety for all involved by Casey Folks and Best In The Desert in all their events. Best In The Desert personnel will man both of these “spectator only” areas and feature easy paved road access to the course with portable restroom facilities provided.

10:15 AM to 6:00 PM – Contingency & Technical Inspection for all race vehicles
On Water St. in downtown Henderson

6:15 AM – 1st Race for Motorcycles, Quads & UTVs
These classes will race around an approximate 45-mile loop three times, for a total of 135 miles, with a gran prix finish 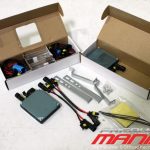