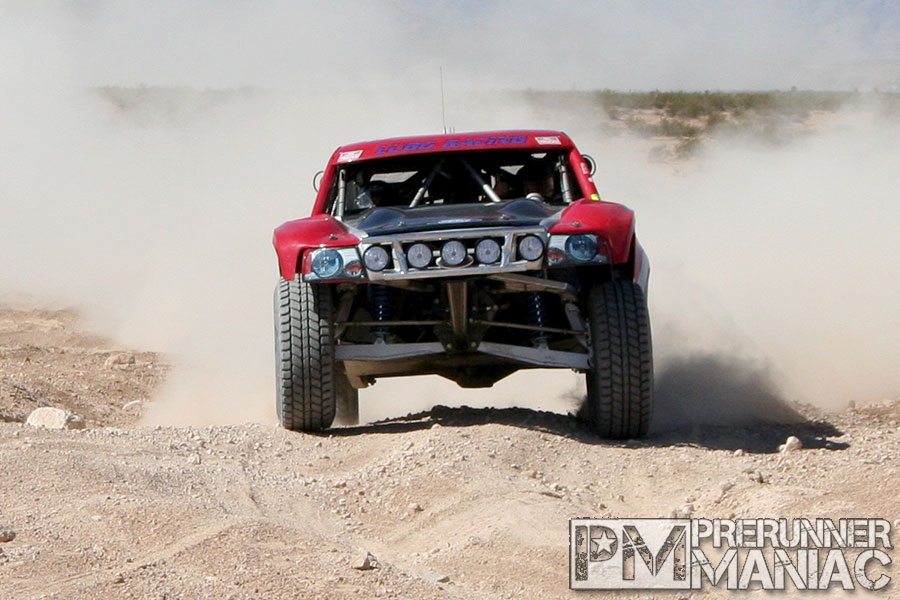 Well I have to say that all the hard work that goes into producing this magazine every month has its perks. While working on an upcoming segment of our Meet the Race Teams features, I got the opportunity to really go behind the scenes of the Team Ford Racing team, I actually got a ride in their Trophy Truck, two rides to be exact.

I was following them around during time trial for the BITD Vegas to Reno race, getting content for their upcoming feature. After the time trials driver Steve Olliges mentioned the steering was a bit sluggish at low speeds. The Team Ford Racing team headed out to do some testing to find out what was going on.

After one run by builder Craig Stewart of Stewarts Race Works, another of the Team Ford drivers, John Swift got inside. Steve walked up to me and said, Wanna go for a ride?

Before this the fastest I had traveled in the dirt was in a 5-seat Dual Sport buggy packin a healthy LS1 at Dumont Dunes. We flew around the dunes about 60mph, having a blast. Let me tell you after the ride in the Trophy Truck that Dual Sport almost seemed slow.

I suited up and hopped inside. Everyone helping me get strapped in for the most exciting ride of my life. Now John Swift has been racing off-road for years and is very good. I had the utmost in confidence in him.

This truck has an ungodly amount of power and it was like a top fuel dragster when John hit the gas. Our first pass over the rolling 2-3 foot whoops was just over 80mph. The only way to describe how this truck handles that kind of terrain is if you have seen off-shore race boats skipping across the tops of the wakes in the ocean. This is exactly what the Team Ford Trophy Truck did. After we got back, Steve asked, Do you want to stay for another ride? I swear they would have had to pull me out of that truck to get me to leave.

So Steve got in and we were off. This time with the large GPS in front of me I see we hit, 92.7 mph and it still had more in it.

If you ever have the chance to ride in a Trophy Truck, dont even think twice just jump in, oh and be sure you can trust the person that is driving. As the saying goes, Shit Happens very quickly when you are reaching 100mph in the dirt.

I met up with the Guys at Tech Inspection later that day. They introduced me to another gentleman that was going to see his first off-road race. They told him about my ride and said, See that smile on his face, it has been there since this morning. They were right nothing could have gotten rid of that smile.

I want to thank everyone in the Team Ford Racing Team for one of the greatest experiences of my life.

Be sure to see a full behind the scenes Meet the Race Teams feature of the Team Ford Racing Team in an upcoming issue. 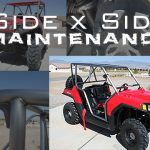 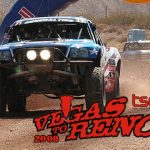